New drivers, cars, tracks, and series partners set to make this year's championship bigger than ever

If you're a fan of professional drifting, or more specifically Formula DRIFT, a season opener is just around the bend (we hope - damn you, Corona virus!) The withdrawals you're having from being without your fishtailing fix since October are only growing more acute. You miss the tire smoke, the screaming engines; your heart burns for the satisfying display of sideways vehicles in close proximity hip-checking one another through a circuit segment at speed. In short, you cannot wait for the 2020 season to get underway.

We know what you're going through. There are so many stories to look forward to heading into this year's title chases, it's tough for a drifting nerd to know where to start. More drivers from Japan and Europe are set to stake their claim in the series, bringing with them new platforms, while in America the ladder set up to facilitate driver development continues to churn out talent. And a raft of new and familiar partners are on board to make Formula D 2020 one of the best seasons yet.

While this story only covers what's new to look forward to in the series this year, it's critical to set the scene with some context. Formula D 2020 will feature two drivers with three championships apiece for the first time in series history - Chris Forsberg, who won titles in 2009, '14 and '16; and James Deane, FD's reigning champ and only one to do it as a three-peat. That rivalry seems rife with potential for drama, as does the introduction of a spoiler from Japan ...

The Return of Daigo Saito

Multi-series champion and popular Japanese driver Daigo Saito announced in December of last year he will be returning to Formula D to make another go at the title after a four-year absence. In 2012, his debut season with FD, he won a championship in convincing fashion behind the wheel of the Bridges Racing Achilles Lexus SC430 but never repeated in his initial four-year stint with the series, even after switching to a RWD-converted R35 Nissan GT-R. Saito's also won titles in Formula D's Asia series as well as the D1 GP in Japan, and has a signature aggressive style that has earned him many fans who firmly believe he is the best in the world. 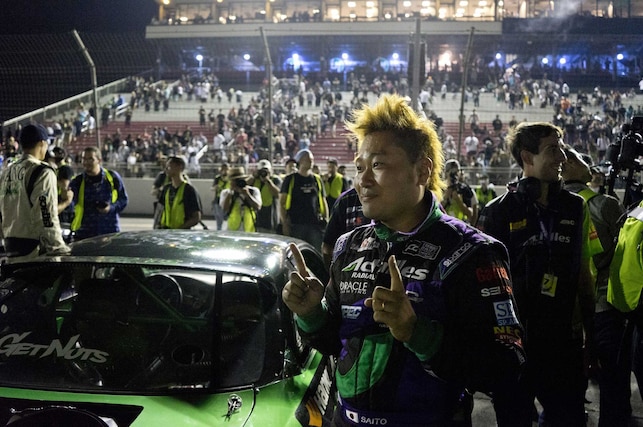 To try and counter James Deane (sorry, Chris), Saito will be armed with a 2JZ-GTE-swapped JDM Toyota 86 rocking backing from Monster Energy and Toyota Gazoo Racing. The engine has been stroked to 3.4 liters, the body widened with a Pandem kit, and the chassis rides on Feal suspension and some very loud-looking highlighter green, multi-piece Work Meister S1R wheels. We cannot stress enough: EVERY fan will/should be holding their breath waiting for the first - and every - time these two giants face off in tandem competition. It will be, in essence, the two greatest drivers of this generation doing battle.

Saito will have a couple of his countrymen joining him in Formula D 2020, including a driver he practices with in Japan, Shinji Minowa. Minowa-san has experience driving in both D1 and Formula D Japan, with pro history that goes back to 2003 and multiple season point totals that put him in the top three; a longtime friend of ex-FD driver and current judge Robbie Nishida, Shinji was instrumental in introducing and connecting the American airmen serving on the Yokota Air Base in western Tokyo to drifting back in the day. He's driven an AE86, S15, and Z34 in competition, but for 2020 he will be in his now trademark BN Sports-kitted JZX90 Toyota Chaser Tourer V with a 3.4L 2JZ stroker motor under the hood.

Young gun Wataru Masuyama will also be making the leap from Formula D Japan to America, set to drive a 3.4L 2JZ S15 Nissan Silvia this year for Buy Now Japan. All of 26 years old, Masuyama is known for qualifying well and being a tenacious tandem competitor, and also has his helicopter license. He will be living in Oregon during the course of the season instead of going back and forth to and from Japan.

From the other side of the Atlantic, the Drift Force team out of Switzerland will be led by upstart driver Yves Meyer. He cut his teeth with a BMW E92 in King of Europe competition, as well as the FIA Intercontinental Drifting Cup, but for FD 2020 the team's got a pair of HGK Eurofighter widebodied F22 2-Series to bring to America, one for Meyer in Pro and one for his teammate Josh Reynolds in Formula D Pro 2.

And speaking of Formula D's underrated feeder series, we have a handful of confirmations of drivers and teams that finished among the junior championship's top 8 in the 2019 point standings, allowing them to qualify for an FD Pro license this year. Trent Beechum and his Ford Mustang, Alec Robbins and his 350Z, and Rome Charpentier and his E36 all appear to be heading to Pro, as does teen phenom Branden Sorensen, who actually finished just outside last year's top 8 but petitioned to go Pro this year, a petition that was granted.

Aussie Josh Robinson will finally make the leap to Pro after a couple of years campaigning Pro 2, but is parking his Robo-roo Ute, instead opting for an BMW E92 - but not just any ol' E92. This one will wear HGK's carbon-Kevlar widebody kit, the first so-called Eurofighter E92 to compete in the States since 2018 when Kristaps Bluss debuted the kit. Less clear are the futures of Ola Jaeger and Kenric Meyer, who are seemingly heading back to Pro 2, but the biggest question mark is next to Adam LZ's name; the popular YouTuber had a spectacular first year in Pro 2 driving his 2J S15, going from not qualifying in Round 1 to coming in second place at the season finale. He hasn't made any intentions known, and while we do have an email in to him, we have yet to hear whether he's plotting a second year of Pro 2 or going whole hog and doing Formula D Pro. We'll update this story if he hits us back.

FD 2018 Pro 2 champ Travis Reeder looks to be doing this season in his V8 S13 240SX; many will recall in 2019 he did part of the year in the Napoleon Motorsports Chevy Camaro EV and only switched back to his S13 after doing a couple rounds in the Camaro. Finally, pro-am champ Jonathan Nerren and teammate Tyler Nelson are heading to Pro, adding two more Mustangs to the 2020 Formula D roster.

While no new rounds have been added to Formula D's 8-event calendar, the series did reveal last year it will be leaving the short oval facility at Wall Stadium due to outgrowing the venue. Instead, New Jersey gets an event in June at Old Bridge Township Raceway Park for the next three years, a track FD hasn't visited since 2008. And the news gets better; track owners are building out a custom specialized "stadium" for the pro series, a layout that sends the cars into the judged course under the old timing tower and permits users to operate the arena at night thanks to lighting. 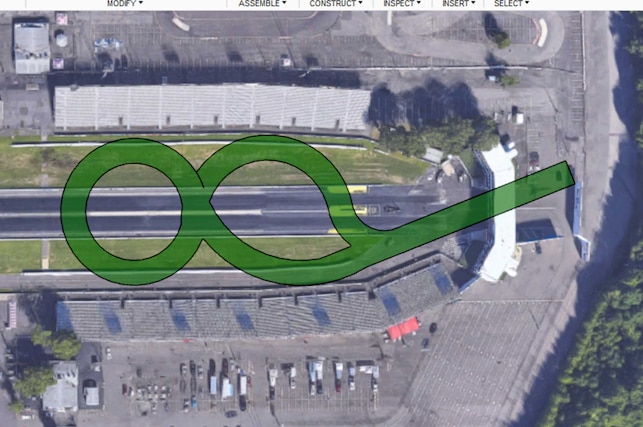 In September, Texas Motor Speedway is gone, replaced by Sonoma Raceway in Northern California and giving the state three Formula D events this season like it did when the erstwhile Infineon was on the calendar in 2004 through 2010. Formula DRIFT will be commandeering a stretch of the road course that extends from before Turns 3 and 3A to Turn 4, which is different than where the series had set up previously (the old FD course used 7 and 7A). The Pro 2 season will end at Sonoma, and apparently the change in venue was precipitated by attendance in Texas and the growth of the drifting scene in NorCal over the last decade. 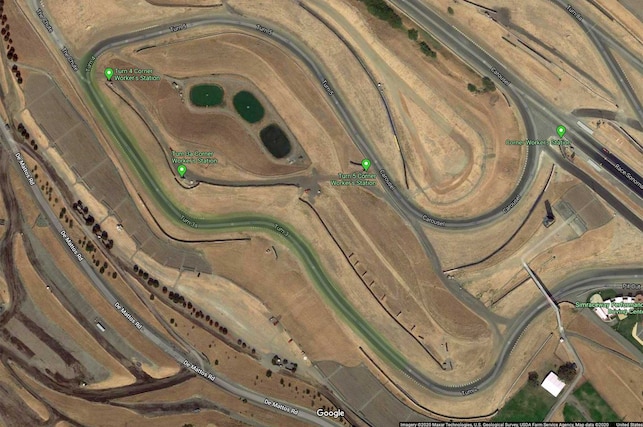 You will no doubt recognize throughout 2020 partners that team up with Formula D, some that have been around for a while and others that are just getting into the pro drifting space. One noted new supporter is Type S, an outfit that serves the vehicle lighting, dashcam and jump-starter markets; they've apparently got a 360-degre cam that they're trying to see if they can adapt to FD competition cars, which could mean some amazing views for fans. A brand that's making a comeback after being away from FD for a number of years is tiremaker GT Radial; they've already announced a driver lineup that includes Travis Reeder, Ryan Litteral, and Kazuya Taguchi, and we'll have a deeper dive into the impending tiremaker battles in a separate preview story. Other pickups include man-crushes Rad Dan Burkett nabbing FD associate sponsor NGK and Dylan Hughes hooking up with Royal Purple for 2020.

Royal Purple is in fact the official engine oil of the Formula D Pro Championship and set to offer a contingency program for Pro 2. More "officials" include the US Air Force as the official branch of military of FD (they'll be aptly sponsoring the drone this year); BC Racing as the official suspension of FD Pro; and Link ECU as the official engine management of Pro, as well as the title sponsor of the 2020 Pro 2 championship. On the OEM front, Toyota Racing and Ford Performance are both on as official series partners.

So are you ready for Formula D 2020? The previews aren't over yet - we've got more stories to tell, about the rivalries between drivers, machines, and teams, plus we'll try to round up as many new cars and liveries as we can. Keep an eye out, and if you can't make it to the Long Beach season opener April 10 and 11 you can always watch the action as it happens on the FD live stream.

SuperStreetOnline
Fairlady Z, Corolla, Skyline & Others Flock to Japan's Largest Classic Car Show, Auction & Swap Meet
For over a decade, Nostalgic Hero Magazine has packed a portion of the Pacifico Yokohama Convention Center with a must-see event for any old-school and restomod aficionado.
Rodrez – Mar 12, 2020

SuperStreetOnline
NSX, RX-7, Skyline & Others Unite for RADwood Austin 2020
You probably shouldn’t go to RADwood expecting a lot of highly modified anything, but if you want an period correctnes, with a few really clean examples and a bunch of weird little limited editions mixed in, then it should be right up your alley.
Bob Hernandez – Mar 6, 2020 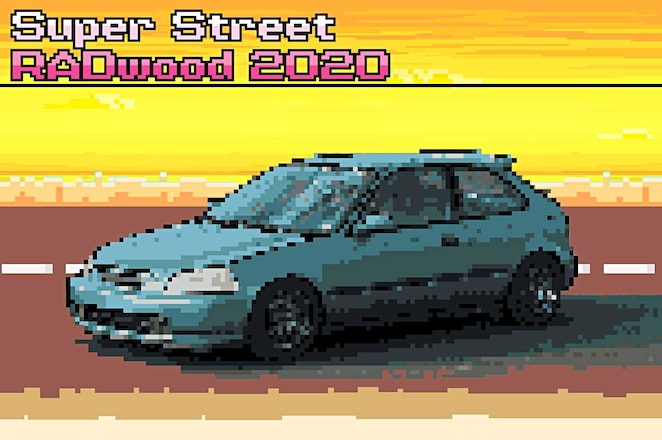