A little lesson on knowing when to say "when" 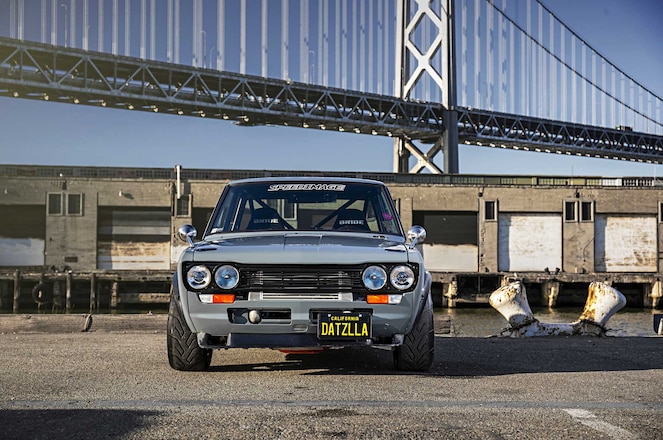 We've all seen it before. A project car that goes from mild to wild then continues getting a little wilder, until the owner runs into a crisis of having made so many changes that it becomes more of a burden than a privilege to drive. It's a situation Matthew Tomczek knows all too well. But in his case, it served as a catalyst, leading to a whole new build from an entirely different era—and a little lesson on knowing when to say "when." Matt's previous build, a slick, black STI, had it all: well-executed exterior, stout suspension, modified interior, and, most importantly, a built boxer that made more than 400 whp when it landed on the pages of Super Street in 2013. Continuing to build further after his feature, Matt fitted his Subie with new aero and wheels and bumped up that power number significantly; the car was producing north of 600 whp before he realized it was becoming a hassle to drive. He adds, "I had taken the car to a point where it just wasn't fun anymore, and I was too worried about it getting damaged by someone on the road, or getting tagged by police. It was time to move to something smog exempt, where I could truly build something from the ground up...with my own hands."

Parting out the STI produced the funds to start an old-school chassis build, which, in the beginning, was supposed to be a 240Z. The hunt didn't turn up anything worthy, so his attention turned toward tracking down a Datsun 510, but it wasn't the lucky Craigslist find you might expect. It was spotted sitting lifeless on a friend's driveway and Matt jokingly suggested buying it. Moments later, after discussing dollars and cents, Matt had procured this '72 Datsun for his latest project. 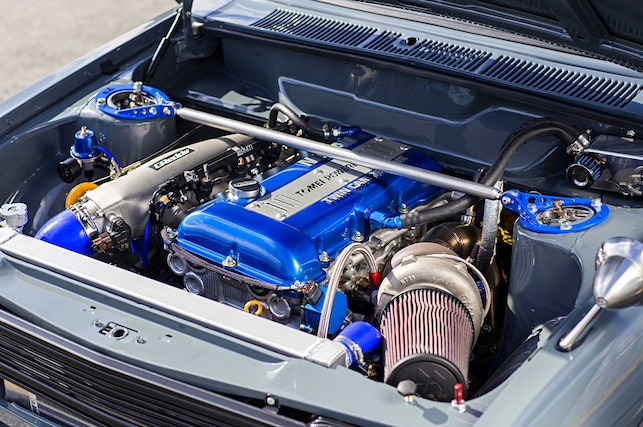 Wanting to start from the very beginning, Matt stripped the car down to a bare shell at Troy Ermish Racing prior to it receiving a complete media blast treatment and some precision seam welding. To make sure the efforts weren't a waste, the entire shell was powdercoated primer gray, while the custom-built Troy Ermish 'cage was coated black. The process was going smooth, but like any '70s-era restomod, there's bound to be a snag or two. In this case, the floor pans didn't sit quite right and further investigation revealed a cover-up by a previous owner. Digging deeper, it was discovered the original metal was almost nonexistent, so Troy removed what was left and welded in fresh floor pans.

The heart of this restomod, based on Nissan's iconic SR20DET, was a chore in and of itself. Matt brought the engine to RBMS Auto Care, a friend's shop, where he completely tore down the 2.0L. CP pistons and Manley rods filled the block while a list of Tomei goods were fitted to the ported and polished head and finally, ARP studs joined the two halves. The original turbo was tossed in favor of a Garrett GTX3076 that sits atop a custom manifold and announces its presence by way of a Turbosmart wastegate and blow-off valve combo. A long list of upgrades help move that forced air into a GReddy intake manifold, and the entire act is directed by AEM's Infinity management system. 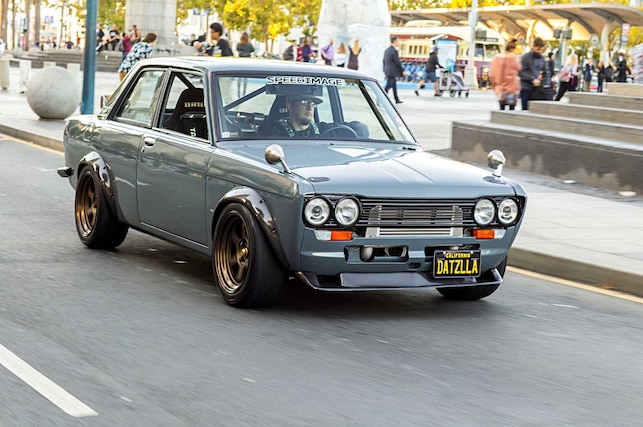 RBMS, already home to the engine buildup, would also eventually be the destination for the chassis, as Matt spent an entire year test-fitting parts and getting the car to rolling status in order to make transportation duties easier. "Once at the body shop, we replaced every panel we could find new sheetmetal for—including new quarter panels, fenders, trunk, taillight panel, front lower valance, and such." A fresh coat of Anvil Gray from Jeep was applied and, once again, it was back to RBMS for final assembly.

Getting the car back on the road was the main objective, but not until Mike from GST Motorsports got his crack at tuning the SR to a solid 301 hp at just 10 psi—more than enough power to move the featherweight Datsun. 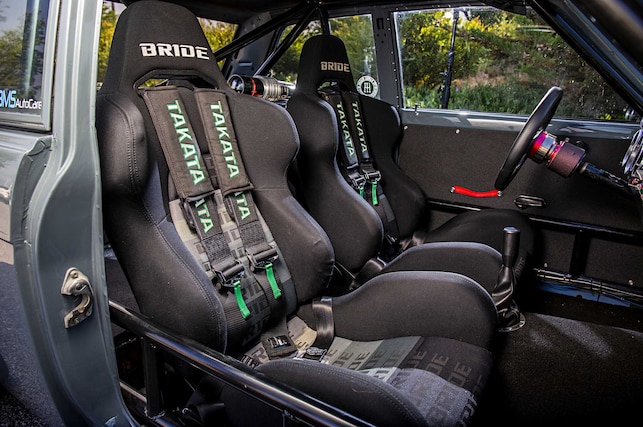 The three-year effort that included countless late nights and weekend marathon wrench sessions to get the car complete weren't in vain. In 2018, the car's debut at Stancenation's show earned a Second Place finish along with judge's Top Pick, followed by Best Restomod honors at Wekfest San Jose, Best Old School at SpocCom Norcal, and a Judges Choice nod at Shukai. But that's all icing on the cake, so to speak. The life lesson in all of this is that yeah, you can go too far with a build, especially if you're focused more on gathering new parts than the big picture. You just have to know when to say "when." 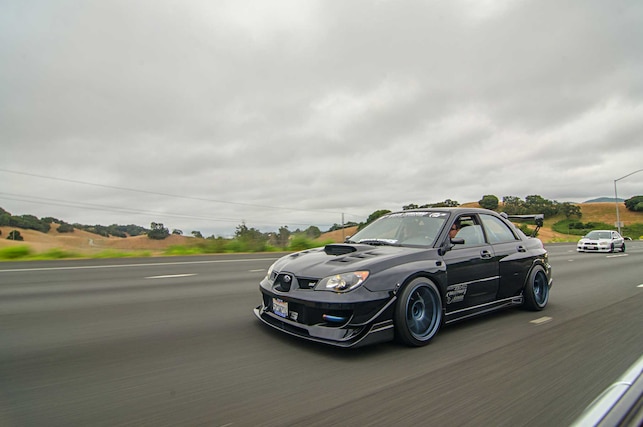 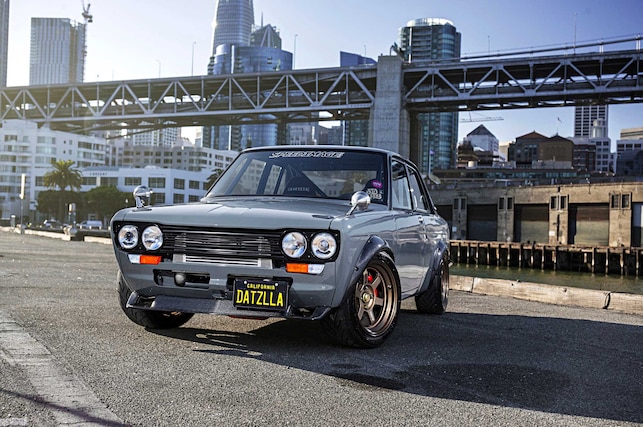 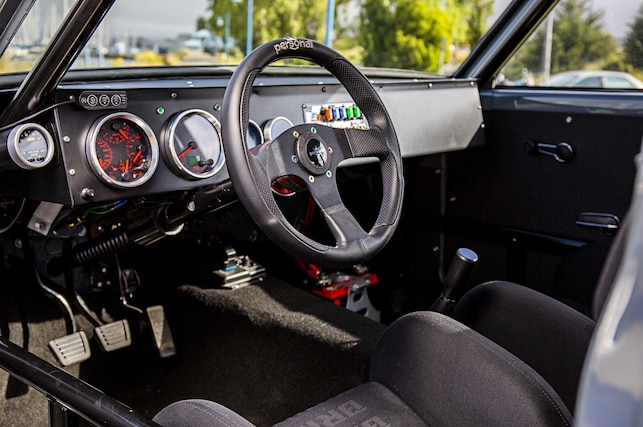 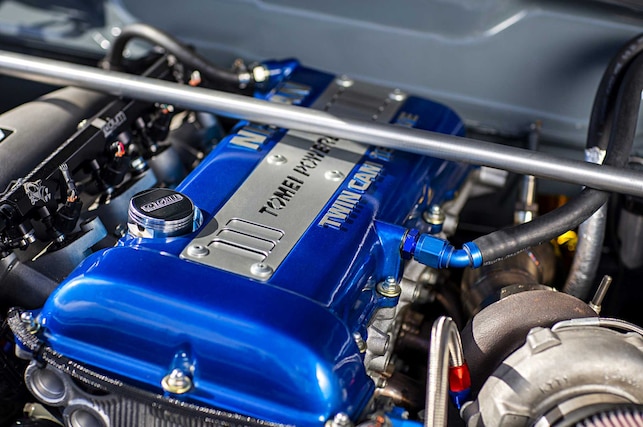 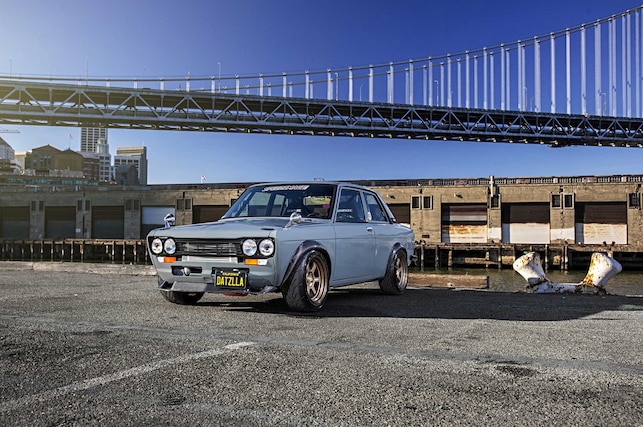 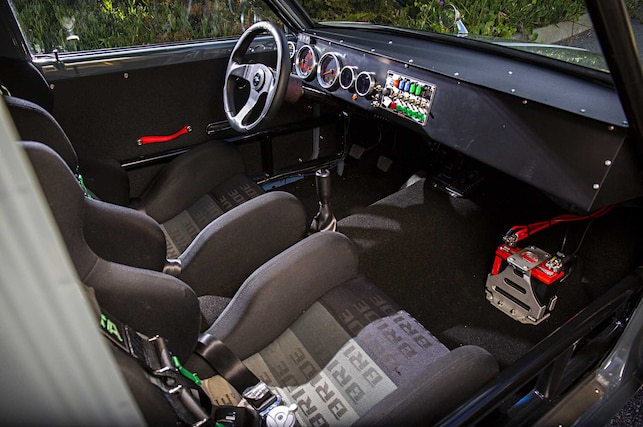 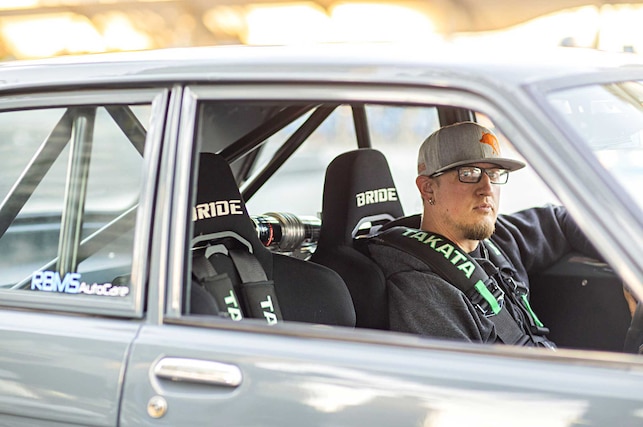 Germany's Prior Design completely revamps the next gen. BMW M3/M4 with a front fascia nip and tuck.

From classic Corolla and 240Z to the rarely used Starion and R30 Skyline, we compile a list of our most beloved old-school builds.

Another one saved, as this unicorn 1993 Honda Civic hatchback gets a complete makeover with an OEM+ style and supplements from Mugen, Spoon Sports and J's Racing