The GS F Might Be One of the More Overlooked Performance Sedans, But This One Wears Its Understated Presence Like a Badge of Honor and Hones in on Its JDM Roots 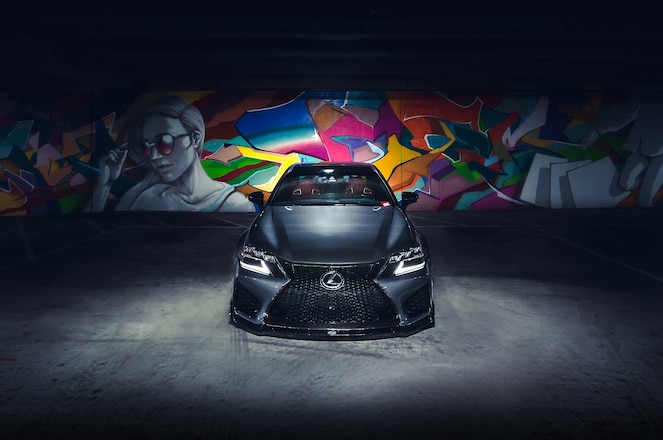 In a world with luxury sedans like the Audi RS7, Cadillac CTS-V, Mercedes-Benz E63 AMG, and BMW M5, it's easy for the Lexus GS F to be undeservingly overlooked. The GS F is a rear-wheel-drive thrust-performance sedan, which is one of the few offerings Lexus deemed worthy of stand-alone "F" branding. (Fun fact: "F" stands for Fuji, as in the legendary Fuji Speedway). Powered by a 5.0L V-8 engine pushing out 467 hp in stock form, the GS F is more than capable of holding its own. 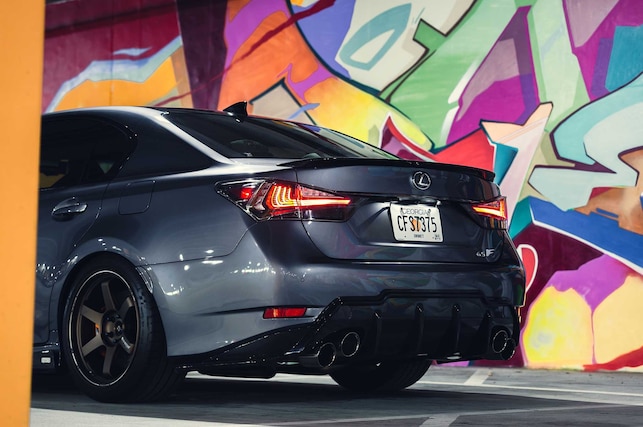 This '16 GS F owned by Brandon Choi won our hearts due to the sheer fact that this much carbon fiber has been added without making the car appear too flashy. When chatting with Brandon, he mentions he loves that the GS F is understated. "The reason for the car and the color is not to stand out; I always loved being low key. I like being a sleeper and try to be humble. I still have people mistake my car for an F Sport," he explains. F Sport? Try adding 150 hp and two cylinders to that notion. People will quickly understand once Brandon pulls away on the highway or off the line.

He nicknamed his GS F after Marvel's Guardians of the Galaxy character Nebula; he spoke about the love story between his car and himself. "When I drove the car, I was in love. 5.0L V-8, raw engine, raspy exhaust, that red interior. She has superhuman strength, agility, and durability just like the character," he adds. 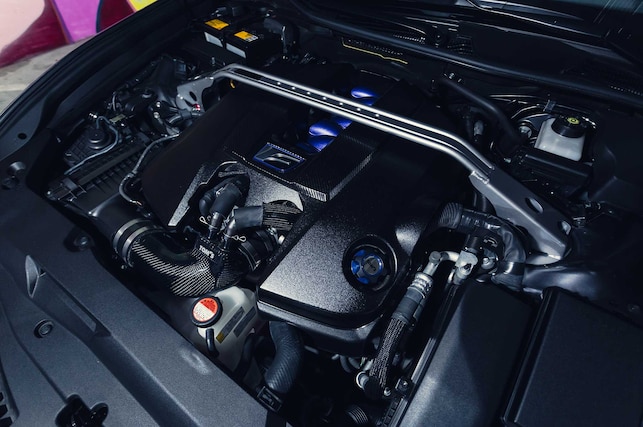 Brandon's particular GS F is basically a TOM'S Racing special. Don't know TOM'S? Shame on you... Founded in 1974 by Nobuhide Tachi and Kiyoshi Oiwa, TOM'S Racing is an extremely well-known JDM brand. On the racing front, TOM'S has had its feet wet in Super GT, Super Formula, and Japanese Formula 3, while on the tuning front it offers a huge catalog of goodies for all things Toyota. Take a gander at the catalog for a particular GS F part, and it's probably on Brandon's car, like the carbon mirror covers, B-pillars, fender garnish, rear diffuser, and more. The intake under the hood, plus the steering wheel inside are carbon. Even with all that carbon-fiber, our favorite TOM'S part is the low-key push-start button—subtle, but it lets you know you switched on something special. 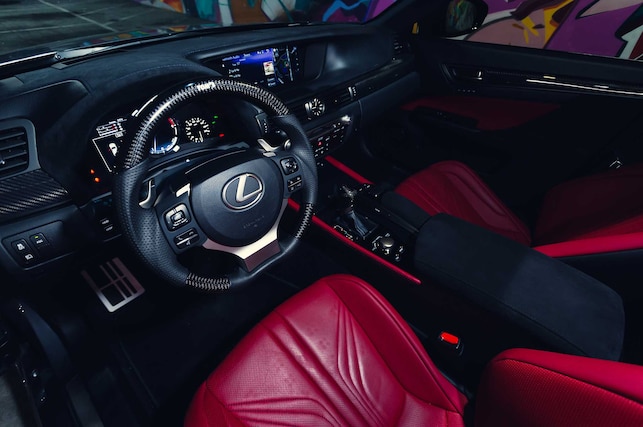 For the future, Brandon plans on diving even deeper into the TOM'S catalog. "Most of the parts are TOM'S, minus the exhaust, mid-pipe, and coilovers, but realized I need to stick with TOM's, as it does not disappoint when it comes to fitment and quality," Brnadon says. He has no ill will toward his GReddy exhaust or RS-R coilovers, he just wants to complete the full catalog car like something you'd see at Tokyo Auto Salon. He also plans on adding in a few minor accessories, such as a carbon heat shield, some titanium bolts/clamps, and headers. Brandon concludes, "My ultimate goal is to take the car to the track and enjoy the ride." As he used all parts developed by a company that knows a thing or two about racing, we don't doubt him one bit.