Home  |  Features  |  The Kia Justice League
Subscribe to the Free 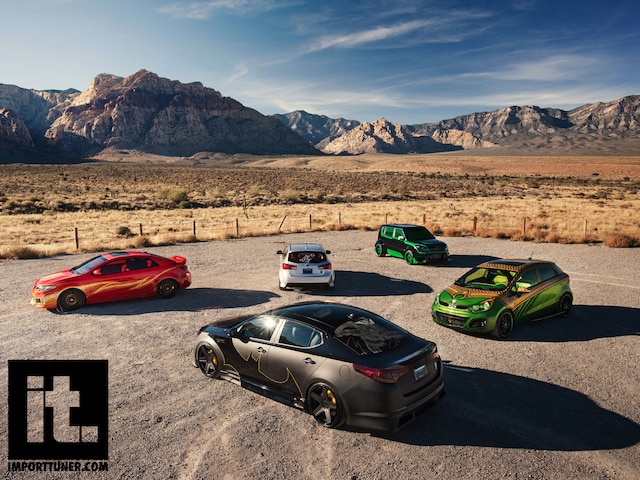 If you grew up as a child in the 80's, it's fair to assume you spent most of your Saturday mornings and weekday afternoons after school glued to the TV watching cartoons. At a time when super hero characters, which included He-man, She-ra, and even Voltron, were at an all time high, one particular band of crime fighters called the Justice League, also known as the Justice League of America or JLA was considered by many as the greatest group of super hero's ever assembled. Similar to the NBA all-star game, the Justice League consisted of a grouping of the best-of-the-best. Batman, Superman, Wonder Woman to name a few combined forces to fight super villains around the world as they entertained us all. DC Comics first introduced the JLA in 1960 and has continued to maintain popularity even to present date with recent talks of a movie in production for this year.

Kia North America came up with a clever concept to join forces with DC Entertainment using their current vehicle lineup to pay a tribute to the JLA characters. We caught first glimpse of the Batman inspired Kia Optima at the 2012 New York Comic Con show. But that was only a teaser as the 2012 SEMA show provided the main stage to introduce a bevy of superhero cars that caught many show attendees by suprise. The Flash inspired Kia Forte, Green Lantern inspired Soul, Cyborg inspired Forte, and Aqua man inspired Rio adorned the show while taking many adults back to their childhood memories.

If you're a true JLA fan you might be asking yourself, what about "The man of steel" and the hottie who battled crime in the invisible jet? Fear not super hero fans as work is currently underway using a Kia Optima Hybrid as the official Superman car, with its first appearance at the Chicago Auto show. Wonder Woman's soon to be released Sportage will also be making its official debut at the New York Auto Show in March of this year. Until then, we can't wait to see what creative designs transform these daily driven commuter cars into Super hero status.