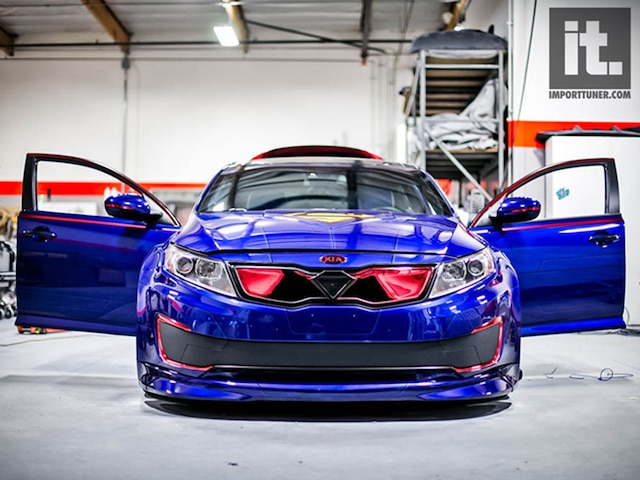 The car you see here is our collaboration with DC Comics and the "We Can Be Heroes" Program. The We Can Be Heroes is a charitable relief program aiming to help those in the Horn of Africa who are affected by drought and famine. Eight vehicles were created to raise awareness for the program and the one you see on this page is our Superman themed Kia Optima. Our good friend Mike Vu of MV Designz was contacted to help with the build and the car started its transformation as soon as it came in.

Before any work was done to the vehicle itself, the Optima went through a computer rendition to create a vision of the cars one-of-a-kind look. From there the car was stripped to get to work on its custom interior, bodywork, and paint. The car was to made to resemble DC Comics most iconic superhero so custom bodywork was done widen the fenders and small unique touches were added to give the car a stronger and bolder statement. The car was to be given a metallic blue and red hue with various badges of Superman sprinkled around the exterior. To us the most striking part of the build is its custom hood and front end. The hood was given a transparent Superman badge and the front end was given a multitude of cosmetic enhancements from custom grilles to crimson red lighting set ups. The exterior came out resembling the strength and impenetrable exterior of the world's most iconic superhero.

Mike and his team then went to work on the interior, which was given its custom upholstery to continue the theme of the Man of Steel. The interior was given a new life with its striking blue and red materials and Superman emblems adorning the dash, seats, and steering wheel. The car was then given its finishing touches, which included custom colored Barvaria rims that were done in the same metallic red as the one on our car and a custom height-adjustable Air Runner air suspension set up.

Here the car is getting a professional detail and overlook on the exterior by Meguiar's staff. Afterwards the Superman Kia Optima will be sent to the Chicago Auto Show where it will be revealed. 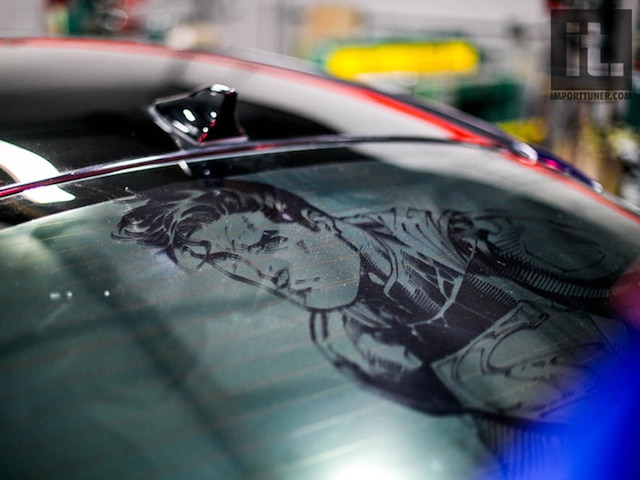 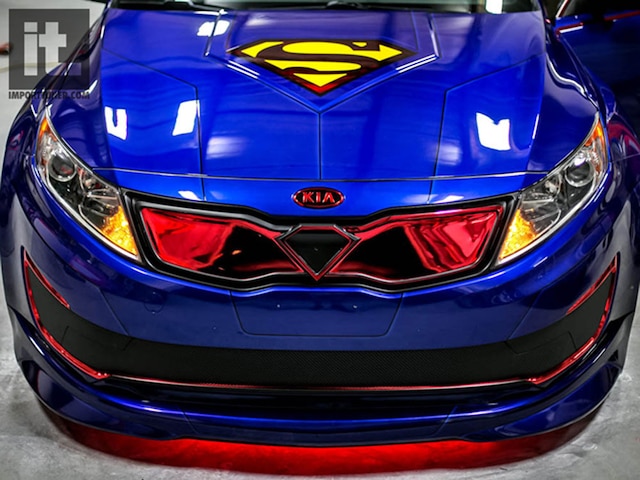