A transformation of epic proportions begins 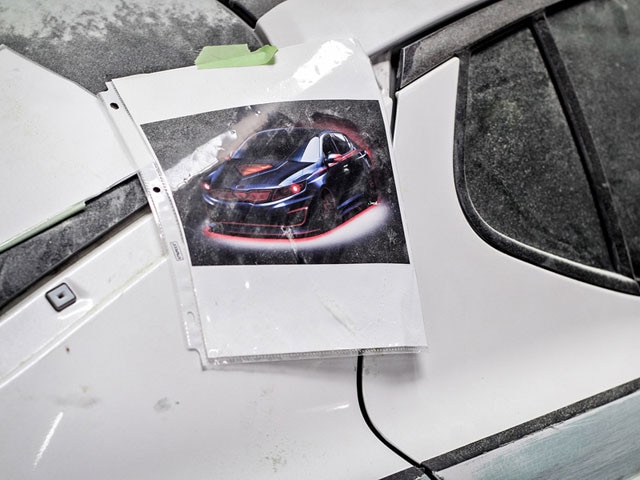 Just when you thought 5 KIA Justice League cars were the cream of the crop, think again! Because there's another vehicle dawning arguably the most famous and recognizable logo of all, here comes Superman.

It's no easy task taking such an iconic super hero and building visual styling cues that suit both the character and car. Luckily, we've got the best men for the job. Jon Sibal and Jim Lee wanted to give the Optima a strong and intimidating presence because we all know that anytime Superman makes an appearance people notice.

To accomplish this, John and Mike envisioned a custom wide-body that adds muscle to the Optima and a ground effects kit adds the finishing touches on the aggressive body lines. Painted in Superman's signature color -blue and accented with red, this KIA Optima Hybrid is about to get a serious makeover.

Mike Vu and the crew over at MV Designz were called upon to create the completely one-off custom wide body. This is no easy task as both the front fenders and rear quarter panels would be reshaped to give the body that wide look and stance.

As you can see the bodywork is well under way so check in shortly to see the progress on the build.

For other builds and information about the KIA Justice League check out: http://www.builtforjustice.com 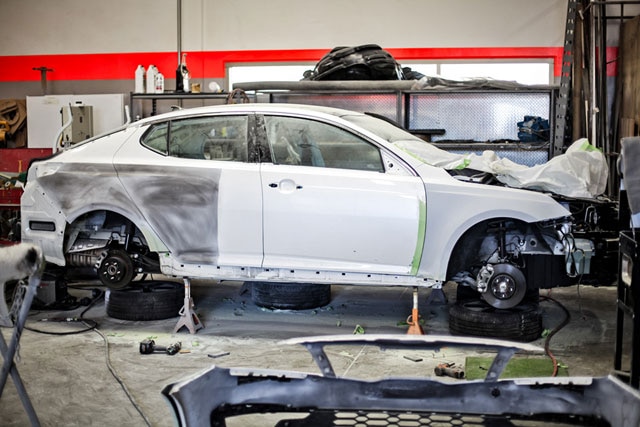 Convertin a once-innocent Civic Si hatch from FWD to AWD with 600+hp on tap.