Home  |  Features  |  News  |  Dear Dave - Your Questions, His Answers
Subscribe to the Free

Dear Dave - Your Questions, His Answers 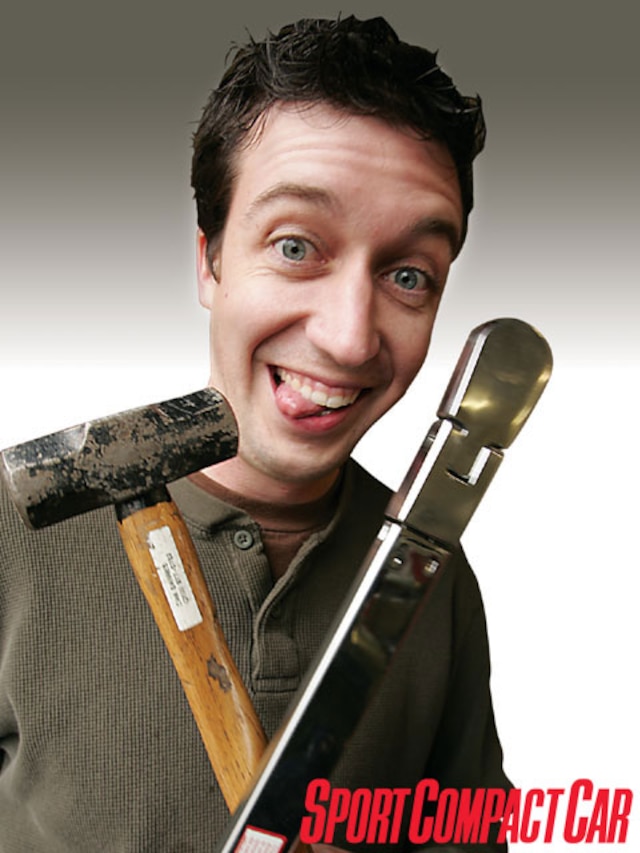 Piston SwappingI learned a lot from your answer in the October 2006 issue, where you calculated the change in head gasket thickness to lower the compression on an S2000. I've tried the same formulae to try and figure out high compression pistons for my Suzuki Swift GLX.

My question is: When I want to change from low to high-compression pistons, do I need to increase the thickness of the gasket? I plan to use a Honda ZC (D16A1) piston. Can I just directly swap this piston without modification to the block and head? Does it require a thicker metal gasket?Asri YaunBelait, Brunei Darussalam

First, for the non-Bruneians in the room, Brunei Darussalam is somewhere over by Malaysia. I Googled it. Now about those pistons. The head gasket is the least of your worries. From your calculations, to get 11:1 compression, you need to reduce your TDC volume by 7cc. The TDC volume you calculated is the total volume of the cylinder head, head gasket and piston dish. Your 7cc can come from any combination of changes in these three things, but the easiest is probably the pistons.

Using the Honda pistons might work, but only if a lot of things happen to be the same. First, the bore has to be exactly the same. That happens sometimes. Second, the pin height has to be the same. That's the distance from the top of the piston to the wrist pin. If the Honda pin height is higher than your Suzuki's, the piston will hit the head before top dead center. If it's shorter, the volume between the top of the piston and the top of the block will have to be added to your TDC volume, ultimately lowering the compression ratio. Having a gap here will also reduce turbulence in the combustion chamber, slowing flame travel, forcing you to run more timing advance and simultaneously reducing detonation resistance. In other words, it would be bad.

Finally, if all those things miraculously happen to be the same, you need to make sure the top of the piston is shaped properly to allow the valves to open. Most pistons have valve reliefs machined into them and if your new valve reliefs are smaller or in a different location, valves might hit pistons.

In other words, just figure out how big your current piston dish is and have new pistons custom-made with a dish that's 7cc smaller and just use the same kind of head gasket.

How Best To SuckI've been contemplating building my own air intake. Wouldn't it be just as good to replace the stock box with a cone filter, rather than doing all that shiny piping? Why can't the stock piping work just as well? The air filter makes the most difference because it frees up the air restriction, right?Alex SucairiusChicago, Illinois

The answer to your question is my all-time favorite: it depends.

There are several possible sources of restriction in a stock intake system. Sometimes the air filter itself is restrictive. Though often it's the box the filter is in. According to a dyno test done at BEGI in Texas just three hours before I wrote this, simply opening the airbox lid on a Mazdaspeed3 gains 20hp. Do the same on an R32 Skyline GT-R and you'll see exactly nothing. The airbox on a Skyline is said to be good for over 450hp before it presents a measurable restriction.

The Skyline's problem is in the intake hose itself. The rear turbo is fed by a rubber hose that's corrugated to allow flexing and has a spiral wire stuck in it to prevent it from collapsing. Both these things can cause lots of turbulence that can restrict airflow at high power levels, regardless of which engine the hose is on. At really high power levels, the immense suction can collapse the Skyline's hose, in spite of the spiral wire, choking airflow to the rear turbo.

Occasionally, the air filter box volume is carefully tuned to contribute to resonance tuning in the intake manifold. Try making your own intake for an S2000 or RX-8 and you'll probably just screw up this careful tuning and lose power.

If your car has a mass airflow sensor (MAF), just sticking a cone filter on it can be risky. The ECU is programmed to account for how the MAF reads with air coming through the stock box. If the box has a nice, rounded entrance to the MAF and your filter's entrance is squared off, the turbulence off that sharp corner will screw up the MAF reading. Or if the MAF and filter are too close to turbulent outside airflow, as it once was on our Project 300ZX TT, readings can get screwy at high speed. Every so often, these misreadings will help you, if they lean out an overly-rich mixture, but they'll eventually come back to bite you when you install some other tuning parts designed around a properly functioning MAF and you end up with an overly-lean mixture.

Since you never mentioned what kind of car you had, all I can do is give you gloom and doom stories like this. Odds are reasonably good, in reality, that if you have a normal boring car, you can get a few horses and a much better sound with your filter idea.

Too Many ChoicesExcept for drag racers, most cars, especially Sport Compact Car's test cars, always seem to have the same model tire on the front and rear. Some cars may use different sizes, but invariably it is the same tire at all four corners. Why?

The front and rear of any car have different weight, grip, and tracking characteristics. So, why isn't each end of the car considered independently? Then one would mount the most appropriate tire on that end.Scott GardnerColumbus, Ohio

The simplest, most honest answer is that we're cheap. Using the same size and kind of tire at both ends lets you rotate tires and extend tire wear. This can be really important on a front-driver that burns through front tires at least twice as fast as the rears. Running different kinds, or even different sizes at either end, would not only force more frequent tire changes, but also force you to deal with constantly varying tire conditions. Instead of keeping the front and rear tire wear relatively well matched through tire rotation, you would set up the car with fresh rubber at both ends and soon have a car with worn rubber in front and fresh rubber in the rear.

Of course, there are plenty of cars out there with different size tires at either end. And for those cars, there really is no excuse. Trying to choose optimum front and rear tires independently opens up a lot of opportunities, but it would add another huge level of complexity to the already complicated business of suspension tuning.

The best car I ever drove, a 2600-pound Bozz-tuned Evo VI, used the same tires on all four corners, but used different wheel widths to try and change the tires' behavior to match the unique needs at either end. The front wheels were slightly wider, squaring up the contact patch for more grip and sharper turn-in. The narrower rear wheels rounded the rear contact patch a bit, reducing grip and making the breakaway character smoother. I've never seen any tuner do anything similar before or since and I've still never driven another car that made me feel like such a hero, so I'd say it was probably a pretty good idea.

Pirelli actually designed a tire, the P-Zero Asimmetrico, that has different front and rear designs optimized for the different needs of front and rear tires on rear-drive cars. We've never, unfortunately, had any cars expensive enough for the Pirellis to even fit.