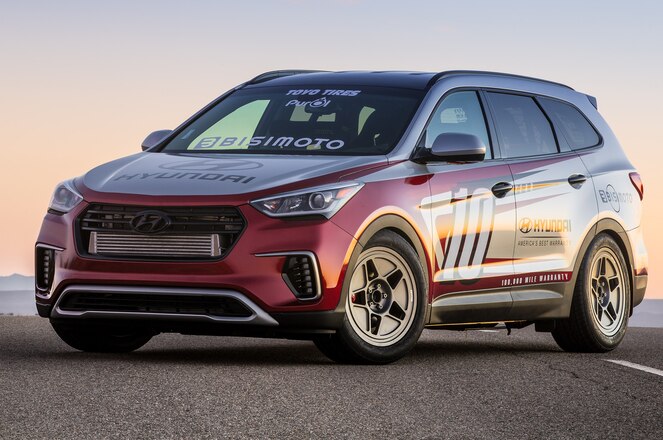 Hyundai has added two more vehicles to its SEMA roster and says it will unveil a "skunkworks race project" at the show. The automaker didn't share more details about the special project, though there's a good chance it'll be related to its new N performance brand. 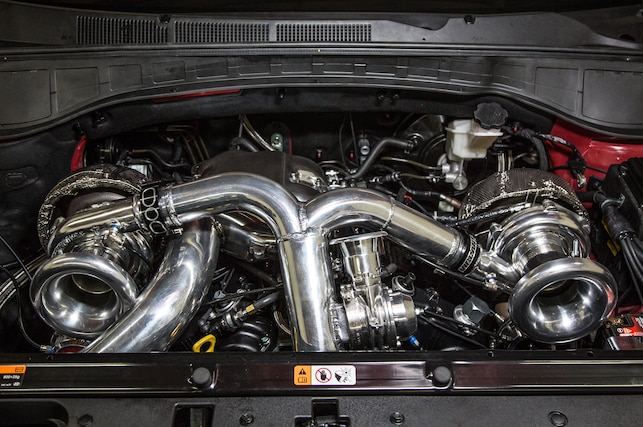 In the meantime, Hyundai unveiled its "Santa-Fast" concept, created through a partnership with the tuners at Bisimoto. "Santa-Fast" is a fairly substantial build that involved swapping out the front-drive drivetrain for a rear-drive setup featuring an Equus-sourced rear diff. Bisimoto bolted a custom, twin-turbo kit to the 3.8-liter V-6, which churns out 1,040 hp thanks to 39 psi of boost. Better yet, the engine is bolted to a six-speed manual transmission (from a Genesis R-Spec). Other mods include KW suspension, Fifteen52 Tarmac R40 wheels, Toyo R888 competition tires, and Buddy Club brake kit. 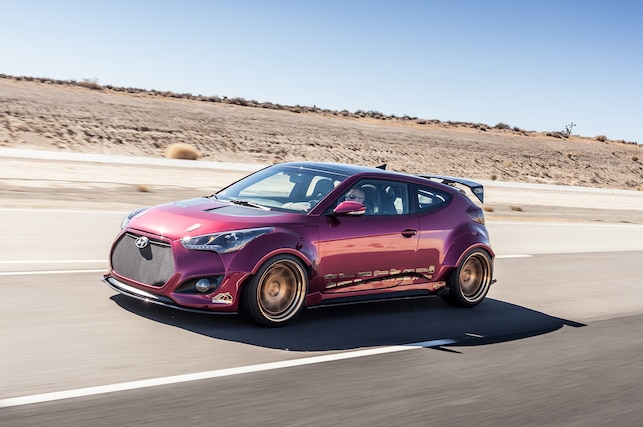 Also making an appearance at Hyundai's SEMA booth is the Gurnade Veloster concept. The build is based on a Veloster Turbo and features an intercooler, cold-air intake, and tune from 845 Motorsports, and an ARK Performance cat-back exhaust. NEO Motorsports provided the coilovers and brake kit, and the wide body kit comes from Lightner Motorsports. The concept rides on Rotiform 19-inch OZT, three-piece forged wheels wrapped in Toyo tires.

Earlier this month Hyundai revealed two other concepts headed to SEMA. The first is an Elantra built for the race track, and the other is a wild, off-road-ready Santa Fe created by the folks at Rockstar. 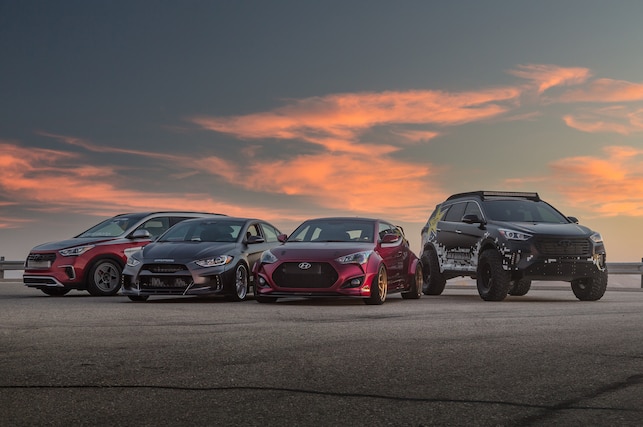