Look out for these party starters at SEMA. 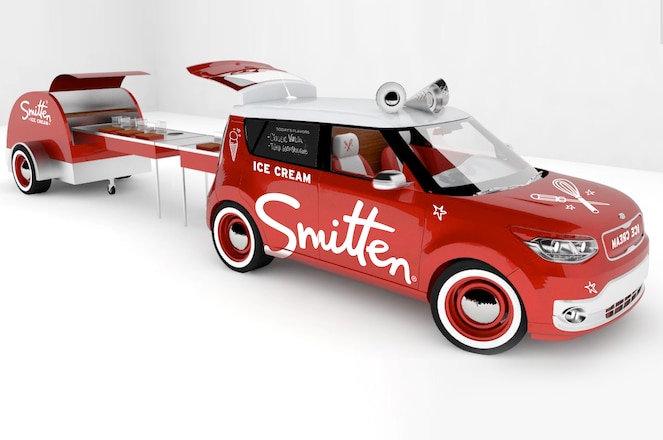 Though many of the concepts we've seen so far for this year's SEMA show have been given the go-fast treatment, Kia's concepts are designed to do something else entirely. The brand recently revealed two of its SEMA-bound vehicles, which include a Soul EV ice cream truck and Sedona mobile bar. 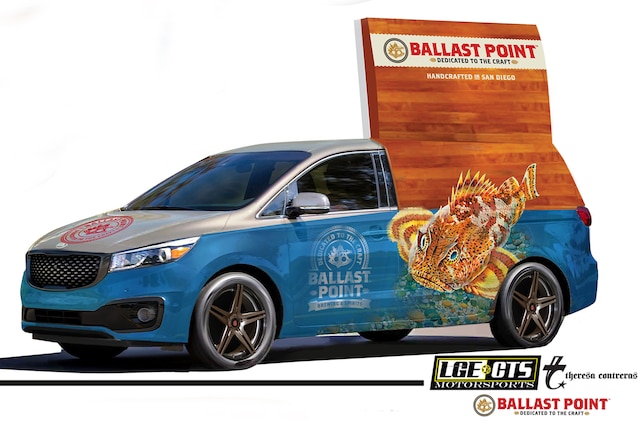 Kia says its Smitten Ice Cream Soul EV follows its "A Day at the Races" theme for this year's show. The concept is supposed to bring to mind the "festive atmosphere" of a day at the race track, an atmosphere in which Kia apparently believes ice cream plays a major role. The frozen treats will come from Smitten Ice Cream, which uses liquid nitrogen to make preservative-free ice cream to order. Kia released a single image of the Soul EV ice cream truck, which appears to sport chrome hubcaps, whitewall tires, and a teardrop trailer that supports a table. There's also a set of PA bullhorns on the roof, which plays the melody of "Do Your Ears Hang Low?" 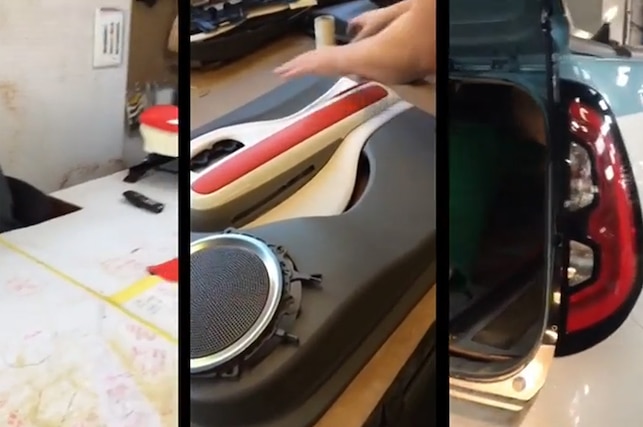 The second vehicle being prepared for SEMA is a 2015 Kia Sedona that appears to transform into a bar. For this creation, the automaker paired with Ballast Point Brewing Company, a San Diego, Calif.-based brewery and distillery. Few details have been released on the project, but in a brief video from Kia we can see that the van opens up to form a countertop, likely hinting at some kind of bar. The rendering doesn't reveal much else other than the Sedona's aquatic-themed wrap. 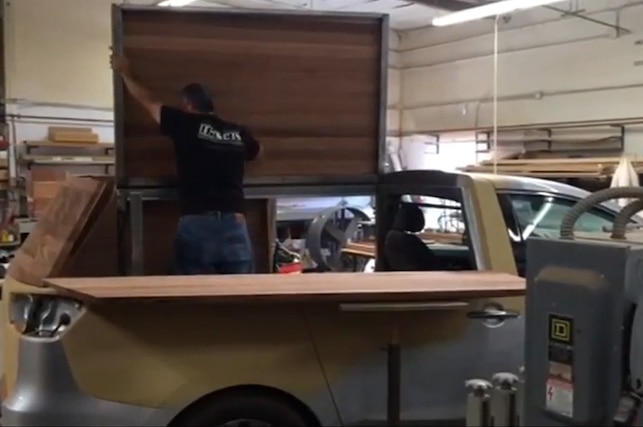 We'll know more about the concepts closer to their reveal at the 2014 SEMA Show, which begins November.