Capirossi led the Suzuki anniversary parade on a Rizla Suzuki GSX-R1000 for his first lap. 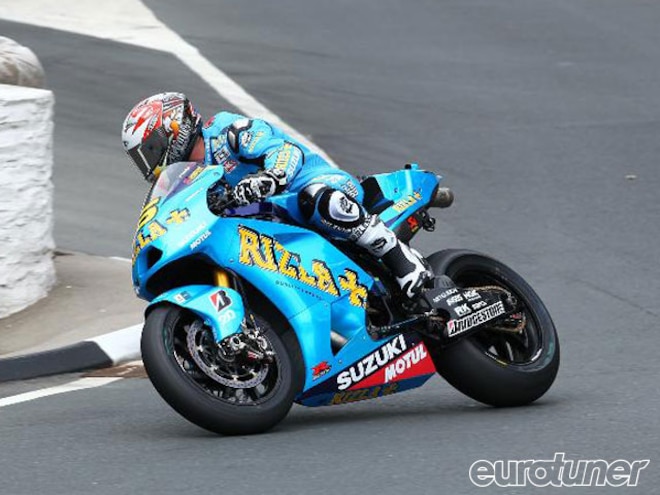 The 2010 Isle of Man TT motorcycle races finished in grand style, as the Rizla Suzuki MotoGP Team came to celebrate Suzuki's 50th anniversary in International racing. They did it with Italian Loris Capirossi and the GSV-R 800 MotoGP machine.

With Capirossi making his maiden visit to the Island, the MotoGP rider (who started his 300th Grand Prix in Qatar at the start of the season) arrived on Wednesday to acclimatize himself with the Isle of Man before riding the 37.73-mile course.

Come final race day, Capirossi led the Suzuki anniversary parade on a Rizla Suzuki GSX-R1000 for his first lap of the famous TT course. Afterwards he commented, "This place is incredible. I've seen the TV footage, but nothing prepares you for the TT course. The surface is much bumpier than I imagined and when you see the speeds these guys run at, it is simply amazing. It's a fantastic event that you could never replicate anywhere else in the world."

As the final race of the week concluded, Suzuki signed-off the TT fortnight with the first ever lap of the course by a MotoGP machine, with Relentless 'Suzuki by TAS' TT-racer Cameron Donald riding the GSV-R. during the course of his lap he set the fastest top speed seen down Sulby straight at 202mph.

Donald commented, "That was just amazing. I thought the bike would be really difficult and twitchy to ride, but it was great. I was expecting to ride a steady lap, but it was so good I was able to get into a great rhythm and pick up a fast pace. In fact, it was so good, I reckon we need to get some regulation changes for next year, as this thing would really fly here."

Despite not intending to smash any records, Donald still managed to set the highest top-speed of the event, with the 202mph he recorded on the Rizla Suzuki GSV-R down Sulby straight. 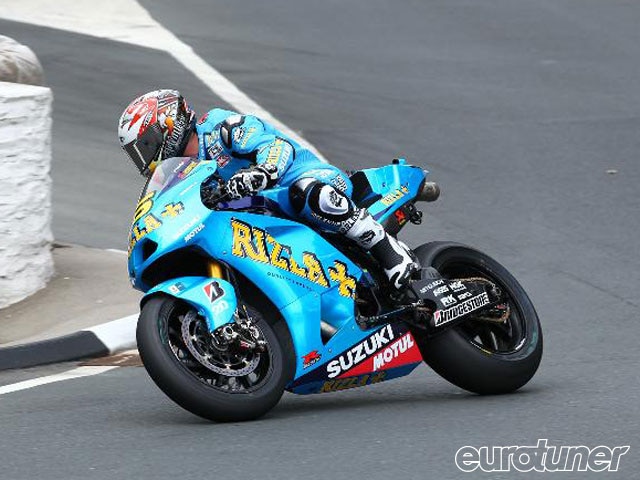