An F40 might have hung on your bedroom wall. If you have the coin, one could sit in your garage today. 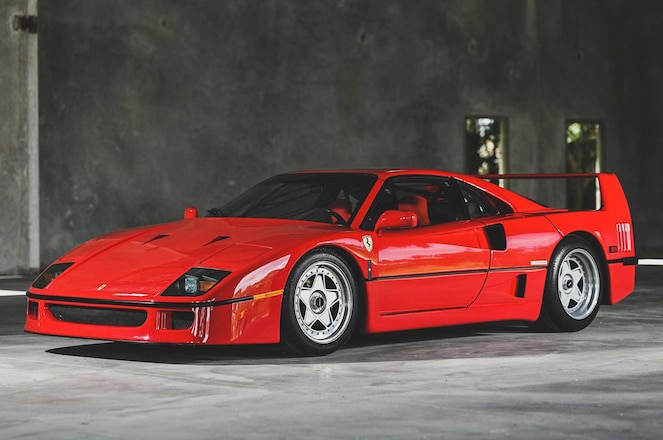 The Ferrari F40 is an incredible vehicle, a refugee from an alternate universe in which Ferrari entered Group B rallying with a fury. Descended from the 288 GTO, it was also one of Enzo Ferrari's pet projects in his twilight years, one of the final incarnations of his legacy. For the rest of us, it was one of the perfect poster vehicles, offering fascinating and otherworldly shapes and angles from every viewpoint—the perfect thing to lay in bed and contemplate.

Details such as the wing and its little gills, the pop-ups over the glassed-in elements, the NACA ducts in the hood, and the all-business mesh panel housing the absurdly simple taillights. The "F40" logo itself. It's all outrageous, more an air superiority fighter sans wings than a beautiful Pininfarina road car. And unlike modern supercars, its simple curves and sharp edges can be taken in at a glance—it has one strong form, purposeful and clear. 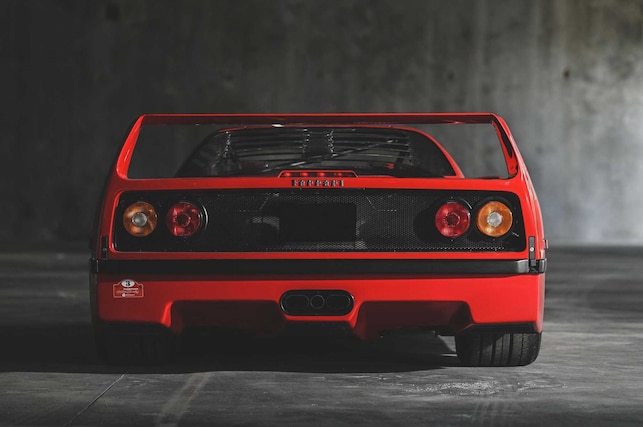 The engine seems like something you might find today in an entry-level Ferrari. Imagine a new Dino, rocking a mid-mounted 2.9-liter V-8, twin-turbocharged, making 478 horsepower and 424 lb-ft. You could read that line in 2020 and not bat an eyebrow. But this car debuted in 1987, and the F40 weighs just 3,000 pounds. These aren't really numbers that translate to modern eyes, because horsepower has become such a plentiful commodity—just look at the 488, the first mid-engined Ferrari since the F40 to use a twin-turbo V-8, by the way, albeit with very different output figures.

But whereas the 488, great as it is, is hard to distinguish from its 458 predecessor to a casual observer, there's nothing quite like the F40. It's radically different from the 288 GTO that preceded it, and likewise from the F50 that replaced it. It celebrated 40 years of Ferrari and still captures the imagination more than 30 years later. 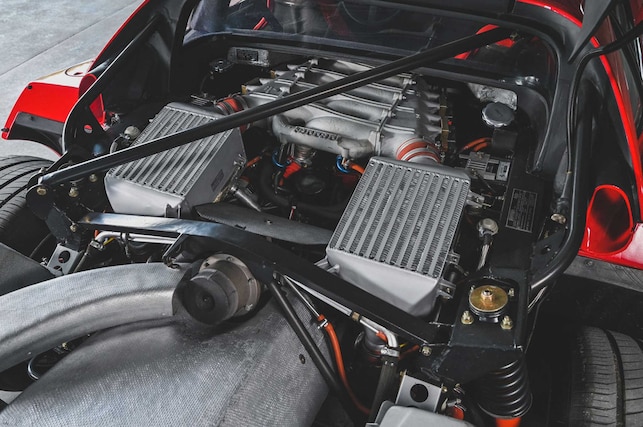 Ferrari actually made a lot of F40s, more than you'd think, so seeing one for auction isn't quite the event that a real 288 GTO is. Those are far rarer. That doesn't mean that the F40 is affordable. General valuations put even shoddy examples at worth nearly a million bucks. But this one, for sale at RM Sotheby's, is one of just a couple hundred U.S.-market examples. And it has reasonable mileage, too: 6,500 claimed, so it hasn't been sitting in a bubble its whole life letting the running gear deteriorate. It's had some exercise, and recent service.

From the Editors of Super Street: That aero! The rake! So much carbon! There are only a handful of vehicles that are almost universally admired by enthusiasts across genre and we feel like the F40 is among them. There certainly seems to be a consensus among tuner fans about the timeless Ferrari—now if we could only scrounge up enough dough to make a bid ...

Do your due diligence, and then if you've done (very) well for yourself, maybe you can take that poster off your wall and put an F40 in your garage. 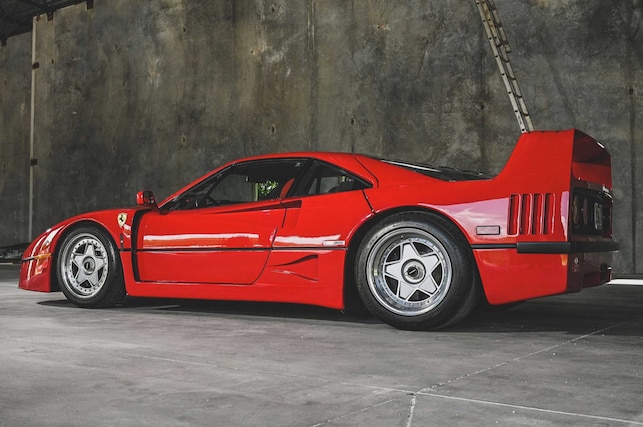 SuperStreetOnline
Shots Fired! Acura TLX Type S Power Numbers Are Official!
Acura has released the official power numbers of the 2021 TLX Type S and they are far more promising than what the naysayers would leave you to believe.
Rodrez – Jul 30, 2020

SuperStreetOnline
1990 Suzuki Swift - Fast Times DownTime
A lot can happen in 7 years and Kevin Stittle's time-attacking Swift GT proves it having gone through an amazing transformation since we last saw it.
David Pratte – Jul 29, 2020

SuperStreetOnline
Last of a Dying Breed - The Only 2021 Model Year Cars Available with Manual Transmissions
For some there's something satisfying about changing gears yourself that can't be replaced with fuel economy, launch control, or quick shifts. That's why we put together this list of 2021 cars you can still buy with a stickshift.
Duncan Brady – Jul 29, 2020