This lifted, wildly modified Porsche is more sci-fi than Safari. 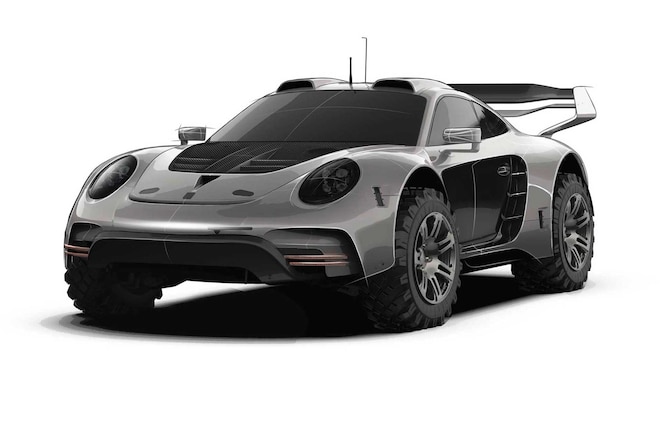 Whether you like it or not, the "Safari all the things" movement isn't going away anytime soon. Porsche 911s of all eras and ambitions are getting the jacked-up, rough-and-ready treatment. Just a few days ago, RUF showed off the Rodeo Concept, a modern take on the theme with strange exposed natural rope and leather-wrapped brush guards imposed over the 911's sinuous form. The Rodeo Concept also was deeply inspired by the American West, meaning it couldn't be more different in conception from this Gemballa Avalanche 4x4 concept.

Where the RUF riffs on the Leh Keen Safari trend, the Gemballa represents a more extreme version of what that outfit is already doing with the 911—which, incidentally, includes bringing the Avalanche 4.2 RS into production. The Avalanche 4x4 almost makes that vehicle look tame by comparison, although we don't yet know whether its hardware is similarly out-there—we don't have much solid information beyond these renderings released by Gemballa. 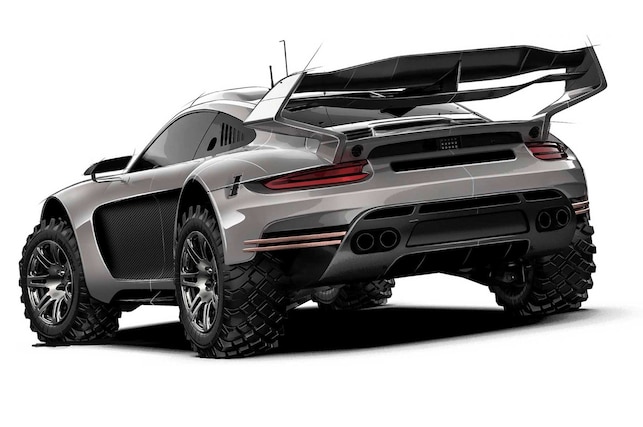 A few things stand out, namely the twin air scoops looming over the roof, the exaggerated knobby tires, the increased ride height, and the inscrutable antennae for what's probably advanced comms gear (which may or may not make it into the final vehicle). Rally-inspired vents ripple through the rear quarter windows, and that massive biplane wing towers over an aggressively vented engine lid. The tucked-in quad round tailpipes might almost go unnoticed, they appear so normal. There are even what appear to be quick-release straps securing the front and rear bumpers, whether they're for show or to ease access for trailside repairs is unclear.

The only real surprise is that the 4x4's wider track huddles beneath integrated fender flares, not overfenders or box flares like you might expect on a rugged 4x4-ized, rally-style 911. The other surprise is that this has nothing to do with the late Uwe Gemballa's son's project via his independent company, which is supposed to be an off-road vehicle inspired by the Porsche 959; that firm also is battling Gemballa GmbH in court over its name.

From Super Street's Editors: This thing totally reminds us of the Russell Built Fab Baja 911 that debuted in the Toyo Treadpass at the 2019 SEMA Show. Specs for the custom 964 include a bumper-to-bumper chromoly race cage and 12 inches of wheel travel thanks to the use of billet aircraft aluminum spindles, a-arms, and a box plate chromoly trailing arm suspension. It sits on 15 x 7-inch fifteen52 Integrale Gravel FIA approved wheels wrapped with 30-inch tall Toyo Open Country A/T II all-terrain tires, and a purpose-built 3.8-liter air cooled engine built by Jeff Gamroth of Rothsport Racing.

Gemballa intends to introduce lots of new models in the next two years, and the Avalanche 4x4 is a likely candidate. It certainly has our attention.