Does it hint that a hotter road-going Urus is on the way? 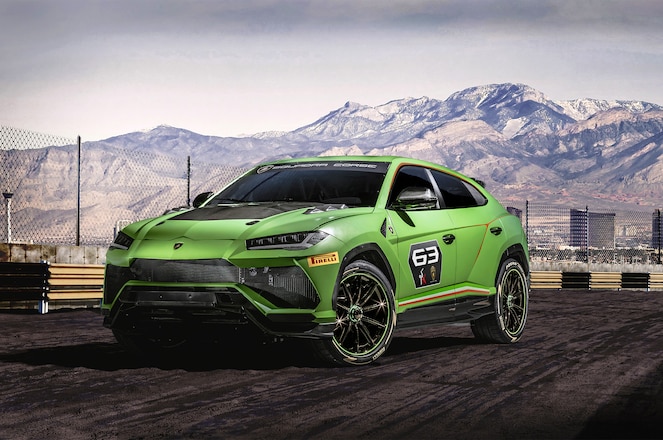 As if the Urus wasn't quick enough, now Lamborghini will build a racing version. The track-spec Urus ST-X Concept was previously reported on in late 2018, but now Squadra Corse, the brand's motorsports division, has announced official details of the track-special SUV and its competition schedule.

Lightness is key to any successful race car, and to that extent Lamborghini fitted a carbon-fiber hood to reduce weight over the front end. The hood also features new intakes to enhance cooling airflow to the engine. At the rear, a larger carbon-fiber rear wing provides downforce, while a racing exhaust system should shave a few pounds and add a few decibels. The interior has been enhanced for track duty as well with the addition of racing seats and a roll bar. 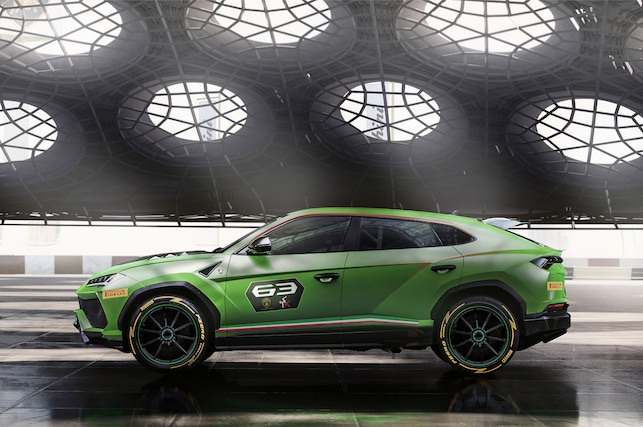 Power remains unchanged at 641 hp and 627 lb-ft of torque from the twin-turbo 4.0-liter V-8. Combined with the same eight-speed automatic transmission and torque-vectoring all-wheel-drive system of the standard car, that should prove sufficient to keep Urus ST-X drivers moving at race pace.

Lamborghini has only announced a single race for the vehicle so far. It's set to take place at Misano Circuit on Italy's east coast during the 2020 Super Trofeo World Finals, the culmination of the brand's Huracan-based racing series. Winners from that series will be invited to compete against renowned car and motorcycle race pilots. Lamborghini says the race will take place on a "special track," which will hopefully combine tarmac and dirt.

The Urus ST-X makes clear that Lamborghini considers its SUV a performance vehicle like any of its other offerings. Much like the Huracan has been upfitted to Performante spec and the Aventador transformed into the fire-breathing SVJ, the preparation of the Urus for competition seems to indicate a hotter version is on the way. We're eager to see what components and knowledge from the ST-X program may eventually make their way onto that vehicle. Until then, it'll be great to watch a herd of these big bulls stampede across a racetrack. 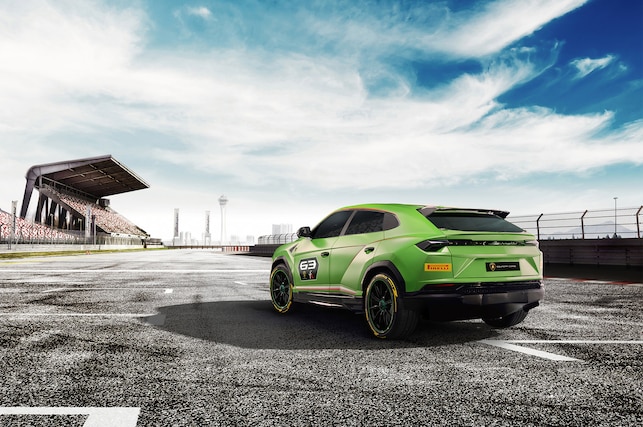 European Car
Increased Horsepower and Torque from the Mighty AWD Toyota GR Yaris
The “most powerful 3-cylinder in the world,” applied to Toyota’s much talked about GR Yaris still sounds a little strange when you hear it, but you can’t deny the nasty 250+hp and over 260 lb-ft. of torque that are delivered through an eager AWD system, all packed into a relatively lightweight (by modern hatchback standards)
Rodrez – Jan 18, 2021

European Car
Time-Attack HKS GR Yaris vs. Tsukuba Circuit
As if to pour a little salt into the wound that the hottest hatch in ages, the AWD Toyota GR Yaris, is not being brought to North America, the interwebs has begun to conspire against us by teasing us with modified versions from some of the biggest tuners in the biz. In December, those sneak
Bob Hernandez – Jan 15, 2021

European Car
GT-R Importers Craft Sports JDM Opens Dealership in Florida
Wouldn’t it be cool if you could just go to a local dealership to buy a JDM hero car? Well, if you live in or around the Naples area in south Florida, that is now a reality. Craft Sports, the Nissan Skyline and GT-R specialty store and dealer that started in Gunma, Japan, recently opened
Bob Hernandez – Jan 14, 2021

European Car
World’s First Pandem Widebody 2020 Chevy Corvette 3LT Z51 Breaks All the Rules
Run down the entire list of modifications made to San Diego native Alex Lawn’s Pandem widebody 2020 Chevrolet Corvette C8 and it won’t take you very long to get to the end. Where you’ve often spent quite a bit of time sifting through various turbo trim numbers, engine internal specs and different JDM “doo-dads,” this
Rodrez – Jan 14, 2021

European Car
GM to Collab with Honda & Acura for Multiple EV SUV Options
Superstreet: If there’s one thing you guys hate with all of your soul, it’s the idea of OEM vehicle manufacturers teaming up with one another on new vehicle offerings, the way that GM and Honda/Acura have agreed upon. We’ve seen it with the Subaru and Toyota “86” experiment that was lit ablaze when first announced
Greg Fink – Jan 12, 2021