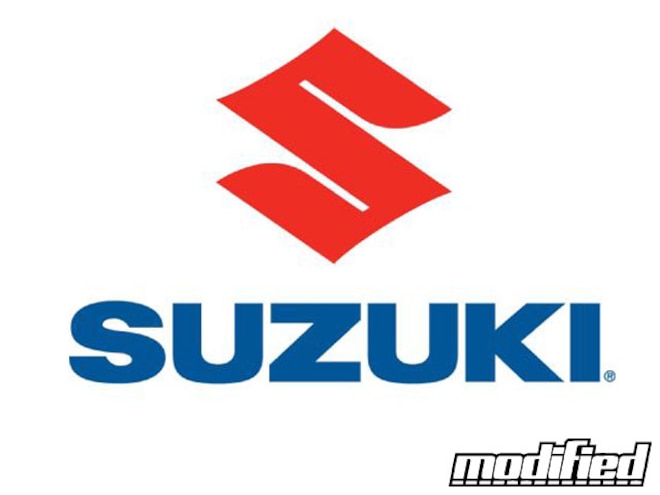 WENDOVER, Utah (Aug. 18, 2010) - Piloting American Suzuki Motor Corporation's (ASMC) modified 2010 Suzuki Kizashi Bonneville Special, Road & Track's Sam Mitani injected the Kizashi into the record books (and himself in the 200 mph club) with his 203.720 mph run at this year's Bonneville Speed Week, exceeding the previous record of 202.301 mph. Despite a multitude of records - and record attempts - achieved by Suzuki motorcycle riders, this was the first official crack at the Bonneville Salt Flats by American Suzuki's automotive arm. Conditions for the Kizashi's record-setting Bonneville run were exactly as the build team, Advanced Product Engineering's Richard Holdener, Tom Habrzyk and Scott Bailey, expected. With temperatures topping 100 degrees, the Kizashi was running at a density altitude on the flats of 6,303 feet. After passing inspection, the 2010 Kizashi provided Mitani, Road & Track's international editor, a perfect platform for qualifying with the Southern California Timing Association (SCTA), the sanctioning club for all Bonneville records. The 203.720 mph record was achieved by calculating the average of a two-way pass at 8:40 a.m. MT on August 18, 2010.

2010 Suzuki Kizashi Bonneville Special
Beginning with interior safety and instrument modifications, the Suzuki Kizashi Bonneville Special underwent additional refinements to make it salt-ready. Once the work was completed, the team installed the SCTA-approved roll cage, an aluminum bulkhead in the rear, racing seat, seat harnesses and window net. Next, it was time to take a look under the hood. The motor was disassembled to confirm the stock measurements, while the cylinder head was flowed and ported. The Kizashi Bonneville racer benefits from a new intake manifold, a tuned 'long tube' header and forged rods and pistons for high rpm endurance.

With up to 16 pounds of boost from a Turbonetics turbocharger, the Kizashi's increased horsepower required air-to-water intercooling (and snow water/methanol injection) - while its increased output demands a new ACT clutch and pressure plate. A scattershield is added, the oil pan is welded for a new drain fitting and a new 3.5-inch exhaust is fabricated aft of the turbocharger. Additional protection for the high-boost, high-rpm turbo motor is provided by full synthetic 5W-20 racing oil from Lucas Oil.

The Kizashi platform - and its Nurburgring heritage - is morphed into a salt-specific recipe with new coilovers, steel wheels seam welded, and speed-specific 15x7-inch Goodyear Front Runner® rubber. An air dam keeps the Kizashi's nose planted, window straps and hood pins ensure the hood and glass stay in place, and a parachute can bring the high speed show to a controlled and shortened stop. Finally, a dual fire system provides the extra assurance so important for Mitani, with more than 500 boosted horses but only a few feet in front of his high-speed capsule.

About Suzuki
The Brea, Calif.-based Operations of American Suzuki Motor Corporation (ASMC) was founded in 1963 by parent company Suzuki Motor Corporation (SMC) and currently markets its vehicles in the United States through a network of more than 300 automotive dealerships and numerous other motorcycle, ATV and marine distributors in 49 states. With global headquarters in Hamamatsu, Japan, SMC is a diversified worldwide automobile, motorcycle, and outboard motor manufacturer. In 2009, SMC sold more than 2.3 million new cars and trucks and more than 2.8 million motorcycles and ATVs. Founded in 1909 and incorporated in 1920, SMC has operations in 196 countries and regions. For more information, visit www.media.suzukiauto.com. Suzuki can also be found on Twitter (@SuzukiAuto), Facebook (www.Facebook.com/SuzukiAuto) and YouTube (www.YouTube.com/SuzukiAutomotive).