The car is powered by a 3,100cc twin-turbo Monster Special V-6 powerplant. 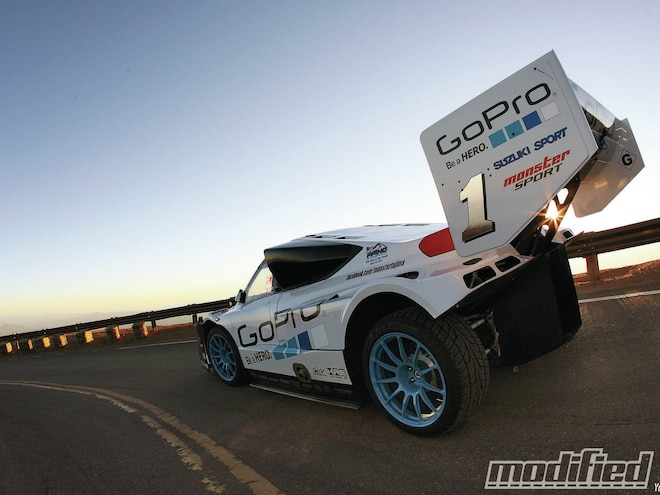 The Holy Grail of mountain climbs, breaking the 10-minute barrier at the Pikes Peak International Hill Climb has been biblically elusive for decades. But Nobuhiro “Monster” Tajima was divinity on wheels in 2011 at the controls of his wicked-looking, super-downforce, super-fast ’11 Monster Sport (Suzuki) SX4 Hill Climb Special. 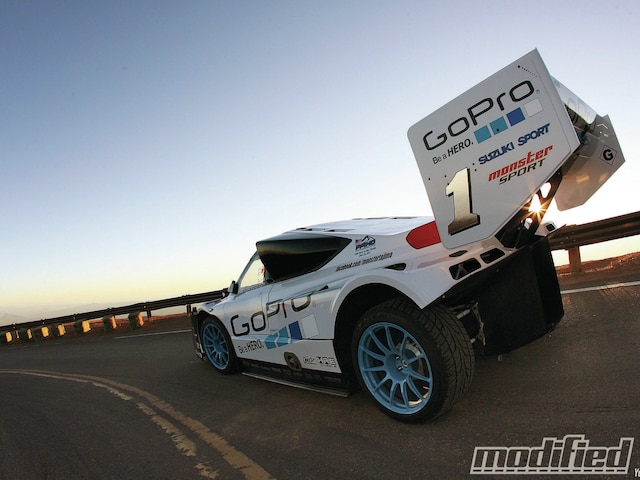 In capturing his sixth consecutive overall win with a time of 09:51:58 at the 89th Annual Pikes Peak International Hill Climb, Monster Tajima broke his own former world record 10:01.41 from 2007. It was perfection behind the wheel in 2011 as Monster, who has been racing up the mountain since 1988, hit every apex and worked the throttle of his 910hp Suzuki like a maestro.

Based on a low-drag and high-downforce concept developed for the Pikes Peak race and following exhaustive tests in the Monster Sport wind tunnel facility, the Monster Sport SX4 Hill Climb Special has undergone extensive aerodynamic changes to adapt better to the modified road surface, which now consists of more smooth tarmac and less gravel than was present during last year’s race. The car is powered by a 3,100cc twin-turbo Monster Special V-6 powerplant.