A familiar car gets a new look… And some other new stuff too. 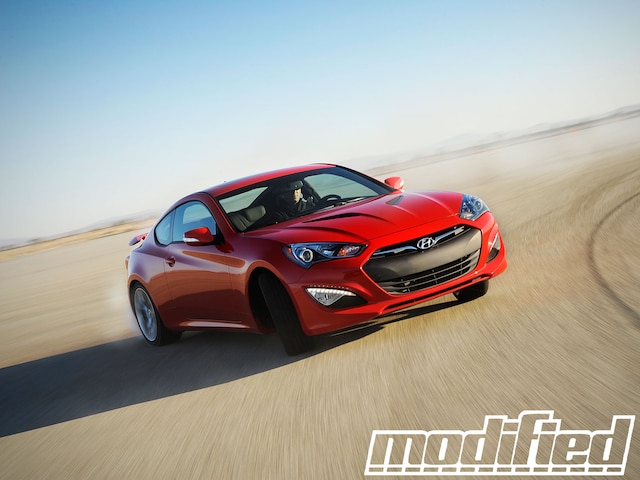 Recently I received an invite from the ever hospitable and friendly folks over at Hyundai North America; Hyundai was hosting a media event out in fabulous Las Vegas Nevada to release of the updated Genesis Coupe (as well as the launch of the all-new redesigned Azera sedan) for selected media to test drive and review. Needless to say, I jumped at the chance, hopped on a plane and found myself in Vegas a short hour later.

The new Genesis looks quite a bit different than it’s predecessor. An all new front end as well as revamped rear tails give the familiar shape a new character, a character that grows on you after a while. We weren’t crazy about the styling at first, the large front “mouth” that is starting to show up in Hyundai’s designs is not exactly to our liking, but we can thankfully report that what the Genesis may or may not be lacking in the looks department, is made up for where it counts.

We had quite a bit of seat time in the Genesis, in both the 2.0T (turbocharged 4-cylinder) and the 3.8-liter V6 variants. Both power trains have been redesigned and make more power than before, and both are offered with either a 6-speed manual transmission or a 8-speed paddle shift automatic. Vehicles with the Track and R Spec package also receive transmissions equipped with a limited slip differential, which is a good thing if you plan to do any spirited driving in the Genesis. We don’t want to give away too many of our opinions about the way the Genesis drives, but we can say that when we arrived at the driving destination of Miller Motorsports Ranch, we were not disappointed by the venue.

The new Genesis builds upon the success of the previous car, and improves in some significant ways. Hyundai’s touch screen technology (Hyundai Blue Link) has been incorporated into the Genesis seamlessly, which is great for long drives and scooting around in town. The ’13 models will be for sale starting in late March of 2012, with a price starting at $24,250 for the 2.0T 6-speed model. 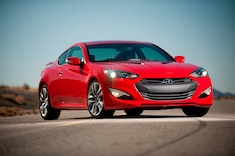 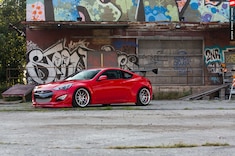 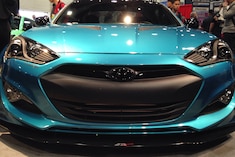 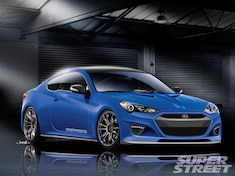 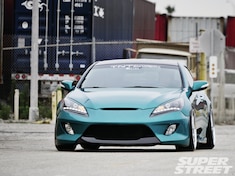