8 cars have been commissioned to represent the 7 main members of the Justice League. 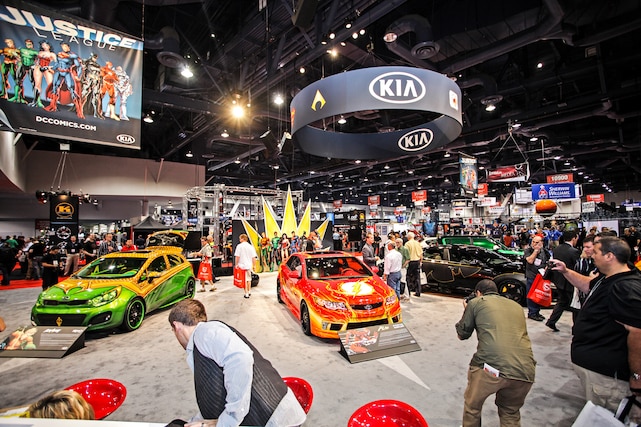 The 2012 SEMA Show was the site of the reveal of the new Justice League themed KIA vehicles, featuring the Flash, Green Lantern, Aquaman, and Cyborg. A fifth, batman themed KIA was also present but it had been revealed at a previous show.

In a partnership between Kia Motors and DC Entertainment, 8 cars have been commissioned to represent the 7 main members of the Justice League, including one that features all of the characters and will be auctioned off next summer to raise awareness and funds for WeCanBeHeroes.org.

We Can Be Heroes works toward solving the hunger crisis in the Horn of Africa. The cars were put together from concepts and designs created by DC Comics co-publisher and legendary artist, Jim Lee, and a variety of custom car builders: Super Street magazine, RIDES magazine, and West Coast Customs. Have a look at all four cars in close detail as they truly do have superhero traits designed into them. 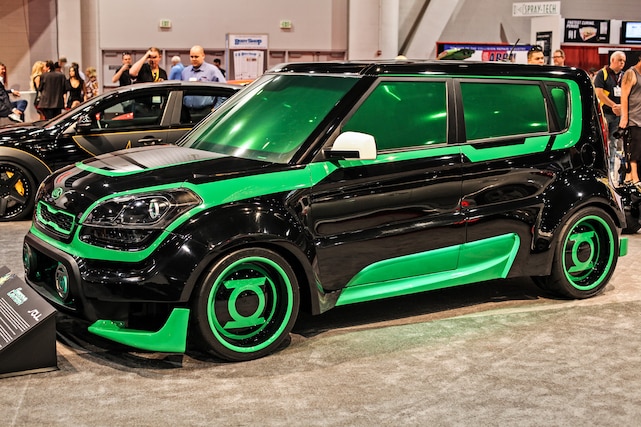