Prototype to race as part of model's testing regime 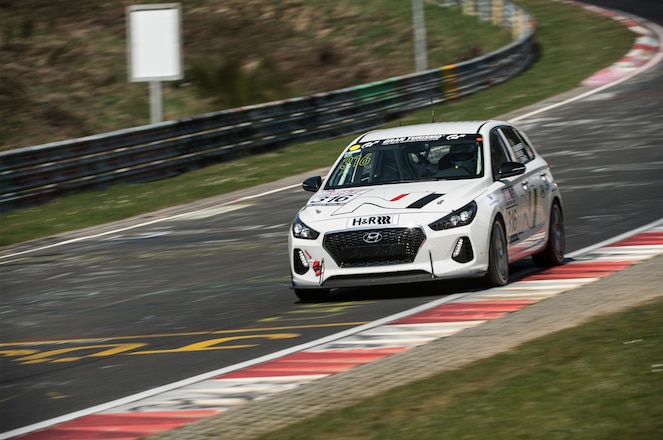 Hyundai's N performance sub-brandhas announced that it will enter a near-production i30 N prototypes in the VLN endurance race held at the world famous Nrburgring race track in Germany. The race has traditionally been used by teams to prepared for the grueling ADAC Nrburgring 24 Hours. Engineers from the automaker's European and Namyang, Korea, R&D facilities will be involved in fine tuning the car ahead of its world debut late this year.

The endurance race gives Hyundai engineers the chance to put an i30 N prototype that's close to production specifications through its paces on the Nrburgring, which is widely known as one of the most demanding race tracks in the world. Powering the near-production i30 Ns will be a 2.0-liter turbo-four coupled to a six-speed manual transmission, which will be the same powertrain combination that will launch with the car when it goes on sale. Earlier, we reported that the i30 N may have a base 255-hp output and will likely be followed by a hotter, more potent variant. During the race, engineers will look for ways to improve the car's performance and improve it further as it gets closer to launch. 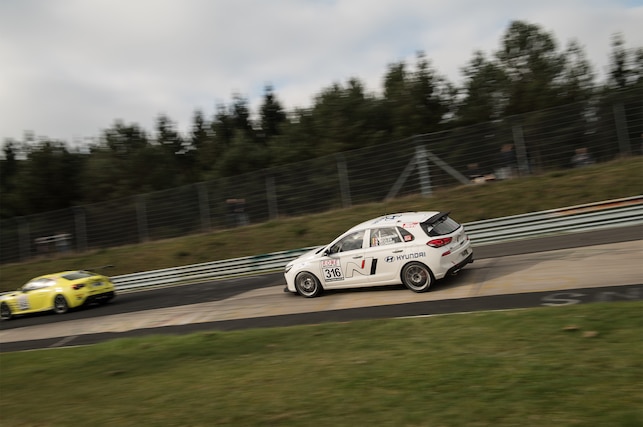 "We want our high-performance brand to have considerable racing pedigree so it is important that we compete with minimal modifications. Nrburgring is where the i30 N has undergone much of its testing and chassis development," said Albert Biermann, head of vehicle testing and high performance development at Hyundai and Kia, in a release.

Expect the Hyundai i30 N to arrive later this year, most likely at the 2017 Frankfurt auto show. However, it's still not known if the i30 N will be the first vehicle from Hyundai's N performance sub-brand to arrive in the U.S.