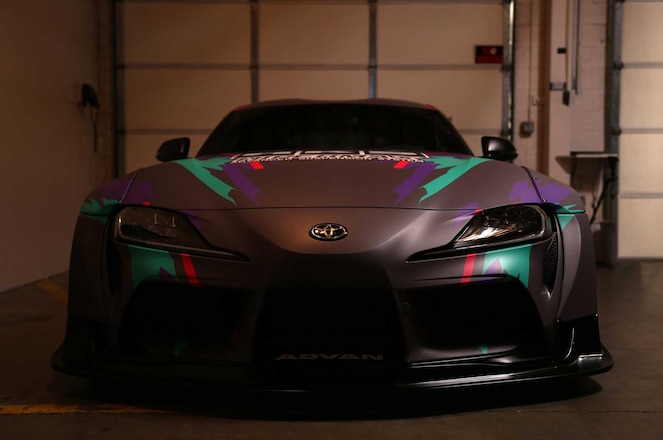 It seems guaranteed the 2019 SEMA Show in Las Vegas next week will be, among many other things, a showcase for the 2020 Toyota Supra and its build potential, and while we're sure a fat wad of them will be widebody and—dare we say—cookie cutter, there is one version we're looking forward to seeing that aims to break the mold. Earlier in the year, a little birdy told us respected Japanese tuning house HKS would be developing their own widebody aero for the A90, and that their U.S. operations were planning to debut the setup on a new project build at SEMA. As if the stars aligned, HKS asked if we were interested in sharing the news on the body kit and other Supra new parts it engineered, and of course we're going to say yes.

Weeks and several excited emails later, we get these images showing for the first time since its completion the "HKS USA MkV Widebody GR Supra Street Concept," which will be on display to the public for the first time at HKS USA's SEMA booth. It's outfitted in HKS's original widebody kit for the A90, aero developed from the company's extensive knowledge and data gleaned from its many time-attack builds. 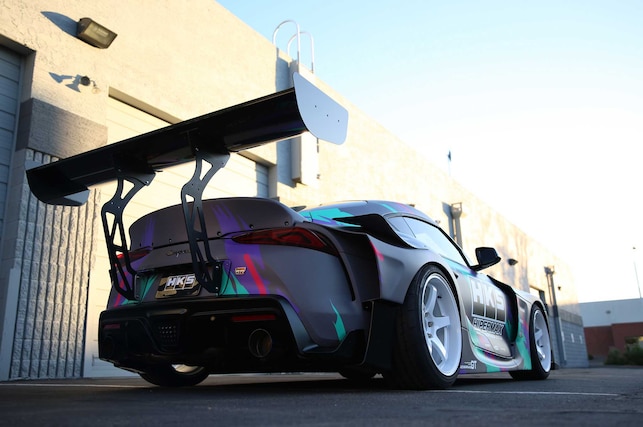 This SEMA build is actually HKS's second A90 project, the first being a purpose-built competition machine that was shipped to England from Japan to participate in the "Goodwood Festival of Speed 2019" in July, so builders had an idea of what to expect putting together the SEMA car. In fact, HKS has had a long history with the Supra platform, taking a heavily-modified Celica XX built in house, the JDM equivalent of the MkII Supra, to a top speed of over 186mph. In 1991, HKS recorded a 7-second time in the 0-400M (not quite a quarter mile) with the "DRAG 70 SUPRA," which was also built by HKS, this time using the A70 Supra as a base, and then in 2001, the HKS"DRAG 80 SUPRA" continued to achieve success on a global scale. These triumphs in drag racing, as well as countless other accomplishments in various motorsports, have provided the data and feedback HKS says it uses in developing products.

HKS continues to walk the motorsports walk, its offerings informed by those competition pursuits. We will have a lot more photos of the HKS USA MkV Widebody GR Supra Street Concept from the 2019 SEMA Show, which runs from November 5th to the 8th at the Las Vegas Convention Center in Nevada. For more on what HKS USA has for the A90, go check out their website. 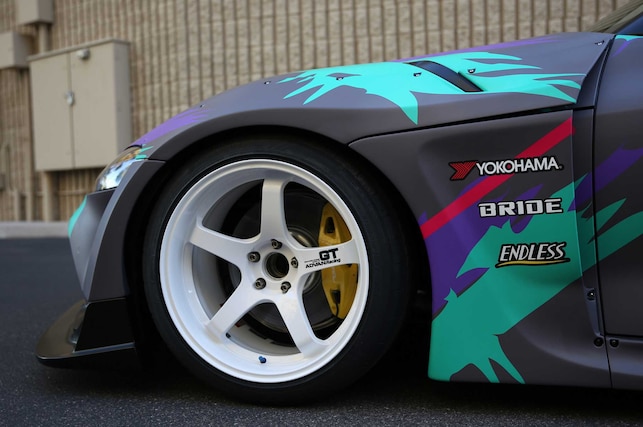