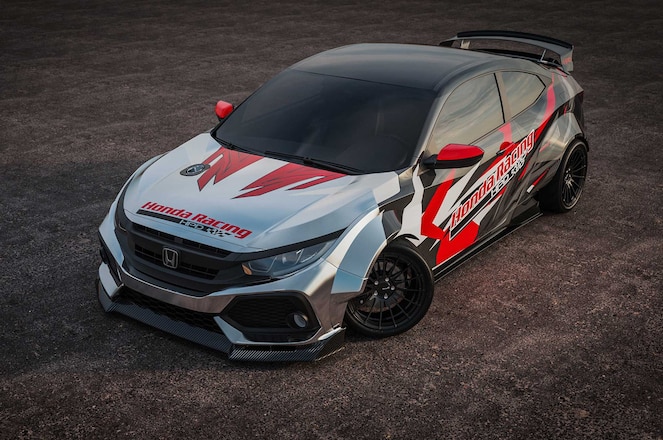 We promise you a ton of coverage from Honda's booth at the 2019 SEMA Show next week in Las Vegas, including a catchup with our Project 10th-Gen. Civic Si (and possibly an older Si we may or may not have been involved with in a previous life). For now, though, we want to tease you with this: the Jeanneret Racing and Olson Kustom Works Civic Si drift car—a vehicle we always felt was possible, but now someone has actually gone out and done it. Holy guacamole.

The race-only vehicle is built on the 10th gen. Civic Si platform, and if the name Jeanneret rings a bell, it might be because we featured builder Chris Jeanneret's Formula DRIFT-spec S2000 back in 2014, so we're guessing he knew a little about what to expect as far as exposing this build to the stresses of drifting. It obviously meant turning a front-wheel drive into a rear one, which isn't unprecedented (if we had a nickel for every ex-FWD Honda...) but likely meant a lot of fab work and customization, which was done entirely—stem to stern—in house by Jeanneret and Olson. 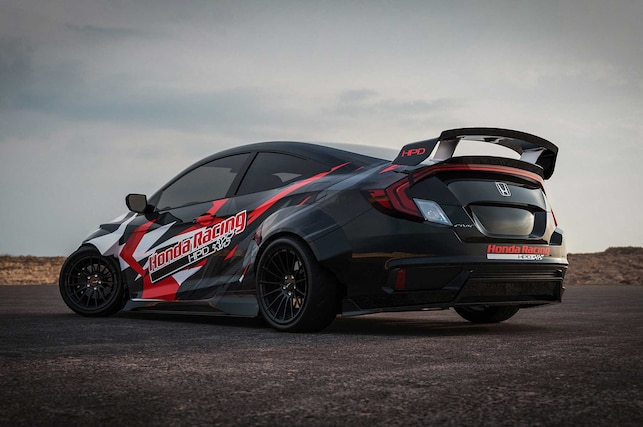 With fan boy roots in both Hondas and drifting, here's another part of the build we love: this thing has a K24 under the hood. That's right, a built version of the K20's long-stroke brother powers the car, with output pegged at a reported 926 horsepower at the wheels, sticking it right in the ballpark of other pro-level cars. The K24 actually came in the previous gen. Si (the current one actually runs a turbo 1.5L) but we ain't mad, and as you might expect the engine went from being transverse to mounted longitudinally.

According to Honda, the team is targeting a run at Formula D, which should be really fun to watch; we can't wait to see the Jeanneret Racing and Olson Kustom Works Civic Si drift car in the flesh. Check back in a few days for everything Honda has to offer from SEMA 2019.

Honda Tuning
Market Watch: Acura Integra Type R
What does it take in this day and age to get yourself behind the wheel of a legit DC2 Integra Type R?
Rory Jurnecka – Jul 31, 2020