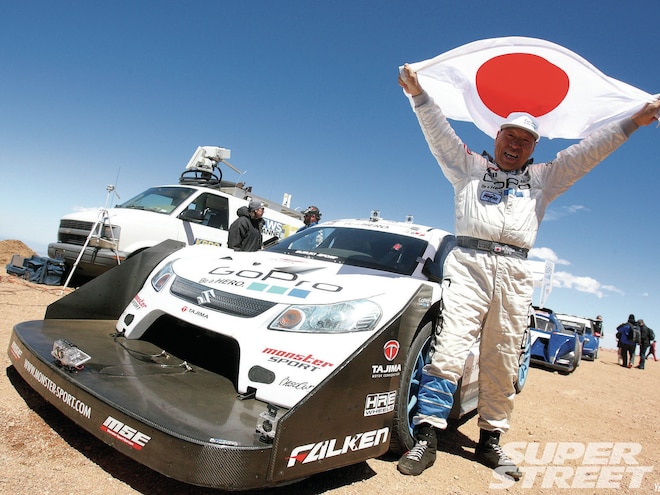 Racers have been focused on the 10-minute barrier at Pikes Peak for years. Nobuhiro “Monster” Tajima and Formula Drift driver Rhys Millen have been the main guys reaching for the brass ring. After coming within 1.41 seconds in 2007, Japan’s Monster Tajima sealed the deal in 2011. His weapon of choice, the awe-inspiring 2011 Monster Sport Suzuki SX4 Hill Climb Special, is a wicked machine developed for the Pikes Peak race and following exhaustive tests in the wind tunnel. The Suzuki belts out 901 horsepower from its 3.1-liter Twin Turbo Monster Special V6 powerplant. 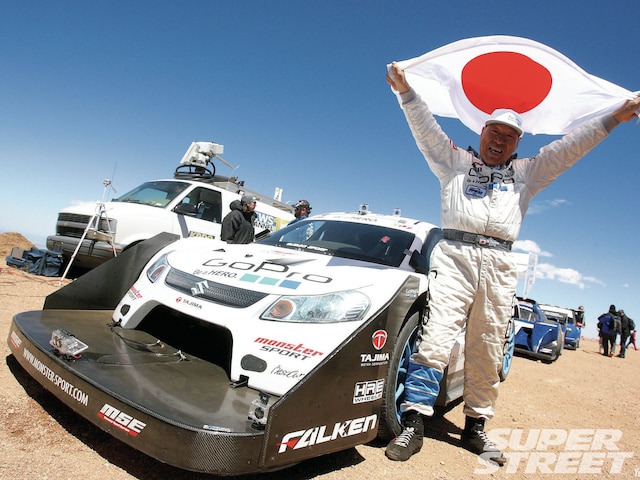