Subaru to Debut Forester and Impreza STI Concepts in Tokyo 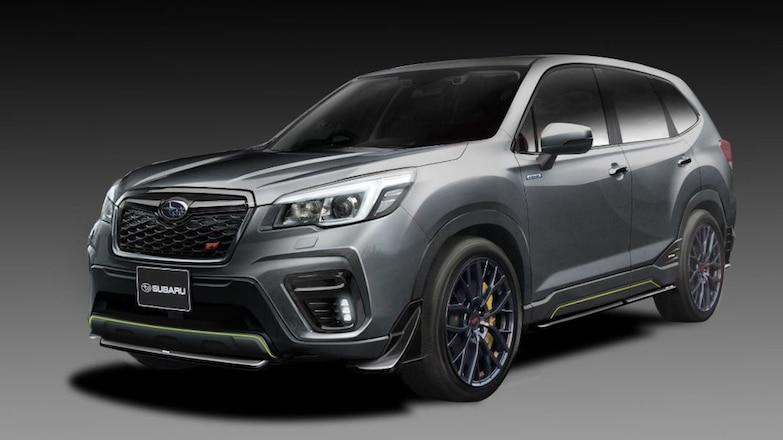 Subaru is headed to the Tokyo Auto Salon once again with new concepts. If you ever wondered what a hotted-up current gen. Forester would look like, the mystery will end in January. The automaker is also debuting the Impreza STI Concept.

We don't expect a full-blown Forester STI to arrive anytime soon Stateside, if ever, but we obviously appreciate the idea of a slightly higher-performance Forester as a concept (plus if they make it, that's another platform to add to the JDM parts pipeline). It gets 19-inch wheels, highlighter yellow accents, Brembo six-piston calipers up front, and aerodynamic bits all around. Under the sheetmetal, it features the "e-Boxer" setup available on the Advance trim of the Forester in Japan, pairing a 2.0-liter engine with an electric motor. Although we haven't seen the interior, Subaru promises special seats.

The Impreza STI Concept is based on Japan's Impreza Sport hatch with a 2.0-liter engine. We don't have much concrete information on the car yet, but it appears to receive special lighting elements and a body kit.

In January 2018, Subaru debuted the VIZIV Performance STI Concept previewing the next WRX STI. It featured new intakes, aggressive headlights, a large wing, and flared fenders, although the production version probably won't be nearly as wild.