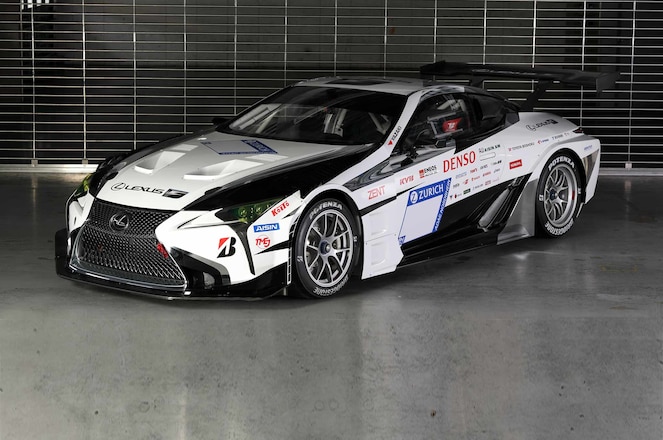 Toyota Gazoo Racing will be competing in the 46th running of the 24 hours of the Nürburgring endurance race this year in a Lexus LC race car. The event will be held at the infamous raceway from Saturday, May 12, through Sunday, May 13.

The Nürburgring 24 endurance race is an annual event held in central Germany on one of the most grueling and well-known tracks in the world, the Nürburgring Nordschleife race track.

This year marks the first time the Lexus LC competes and the race car will be using advanced developmental technologies that are destined for future production vehicles. These include body technology (reducing weight, increasing rigidity), driver assistance, aerodynamic, engine, and suspension development.

Competing in the SP-PRO class, the LC's engine is a modified version of the 5.0-liter V-8 found in the production LC and the race car will be equipped with Bridgestone tires.

"The race car we are currently developing, the Lexus LC, is still in its infancy and finally beginning to take its first steps," said chief driver Tsuchiya in a release. "It will be some time before it can properly stand by itself, but it will be well worth the effort, and I'm delighted to actually be involved in Toyota's efforts towards 'making ever-better cars' for the future. As the drivers, the four of us will work together to bring the company's goals to fruition."