Race-ready A90 coming to the U.S. next year 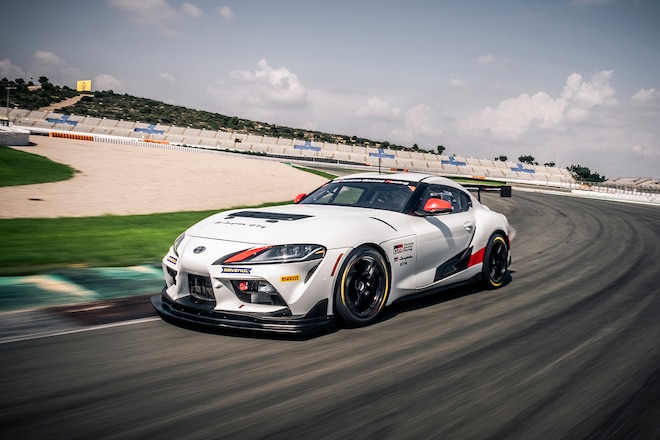 After showing off the Supra GT4 concept in Geneva this past March, Toyota has announced key details on the final, race-ready car. First off, its 3.0-liter inline six-cylinder delivers 430 hp and 479 lb-ft of torque, a considerable jump from the standard Supra's 335 ponies and 365 lb-ft.

The race car's engine pairs with a seven-speed sequential gearbox, and power is sent to the rear wheels via a motorsport-spec mechanical limited slip differential. Pirelli tires and Brembo racing brakes—six-pistons up front and four in the rear, clamping on steel rotors—enhance the GT4's performance credentials. An Akrapovic exhaust system is the cherry on top (like @DuSpeed's!) guaranteeing an even more raucous sound from the tailpipes.

Toyota says the race car weighs just 2,976 pounds, thanks to the natural fiber composite that makes up the front splitter and rear wing. Following the road car, the Toyota Supra GT4 has a MacPherson strut front suspension and multi-link rear suspension, with KW dampers at the front and rear. 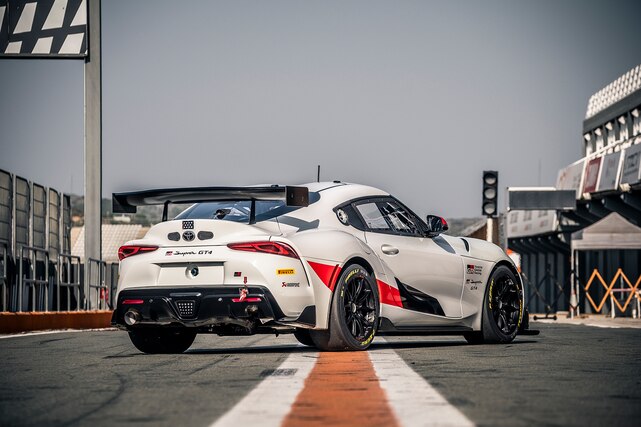 Inside, look for a carbon fiber instrument panel. Both the display and steering wheel have been customized for the Supra GT4. Of course, there's also a roll cage for the steel body, and a racing seat with a six-point harness. Fire extinguishers and air jacks are other standard equipment.

The Toyota Supra GT4 goes on sale in Europe in March 2020, before hitting North America in August and Asia in October. It will compete against GT4-spec race cars from brands including BMW, Aston Martin, Ford, and Porsche. 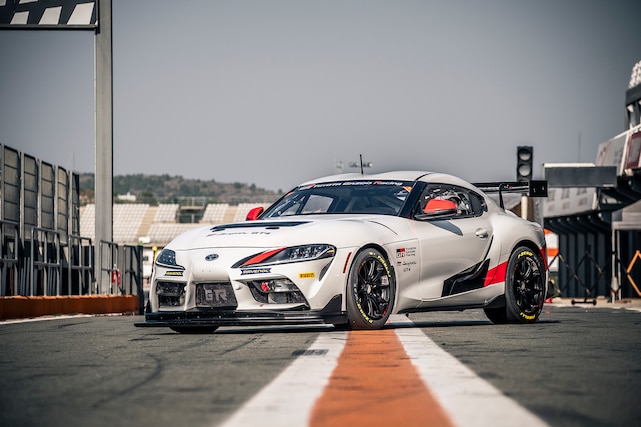