He's gotten extreme on two wheels and four, and now he's looking to add another title to his U.S. rally championship haul 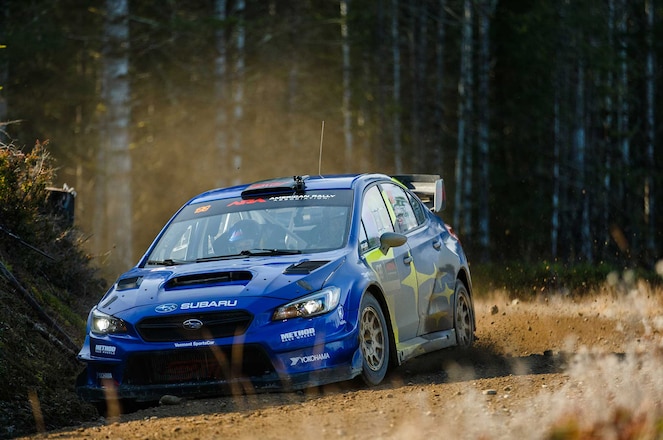 In case you didn't know, stage rally is a thing, not just everywhere else but in America, too, and for going on 15 years there's been primarily one automaker that has taken the lion's share of US national championships: Subaru. In the mid-2000s, a barely-in-his 20s Travis Pastrana, coming off of successes in both motocross freestyle and racing, teamed up with the automaker to take on the Rally America series, and prosper they did, Pastrana earning four straight RA titles from 2006 to 2009 in an Impreza WRX STi (and keeping King Hoonigan himself, Ken Block, at bay for all of those years, we might add). Since then Subaru had even more success in the series with their platform, as David Higgins piloted the Subaru Rally Team USA STI to six straight championships from 2011 to 2016. 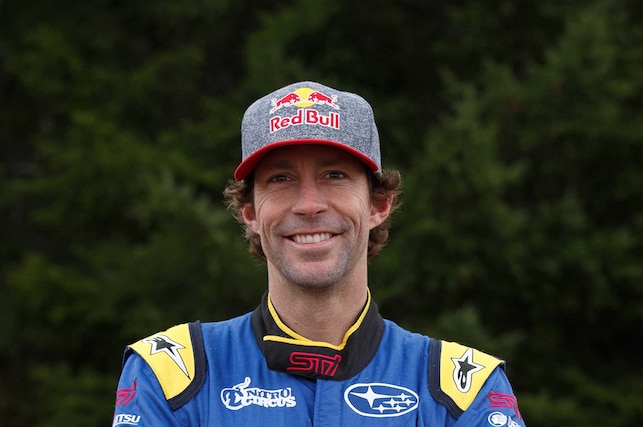 In a reset of sorts, Subaru Motorsports USA has revamped its team for the American Rally Association (ARA) 2020 championship and have tapped Travis to rejoin the team full time. He's gunning for a sixth US national title after winning his fifth in the inaugural ARA season in 2017, his last full season in rally racing. Pastrana will be joined by Canadian rally driver and freeride mountain biker Brandon Semenuk, who moves to Subaru Motorsports USA for his first full season of U.S. rally competition.

Prior to setting off down the path of rally racing, Pastrana grabbed the spotlight with his insane motocross riding, and the two passions came together at the X Games, especially in 2006 when Travis landed the first double backflip ever attempted in freestyle motocross competition and the next day took home the Games' inaugural Rally Car gold medal. After moving on to other projects in 2010—including racing in rallycross and NASCAR, and co-founding the Nitro Circus action sports franchise—Pastrana returned to stage rally in the 2016-2017 seasons, as well as set a record of 5 minutes 44 seconds at the Mt. Washington Hill Climb. In 2018 and 2019 Pastrana joined Subaru on a part-time basis for rally events and the annual Nitro Rallycross (NRX) event, while also designing the NRX track layout with its NASCAR-style banked corners and signature tri-level jump complex, including a 90-foot gap jump. He will be joined by longtime co-driver Robbie Durant for the 2020 ARA season. 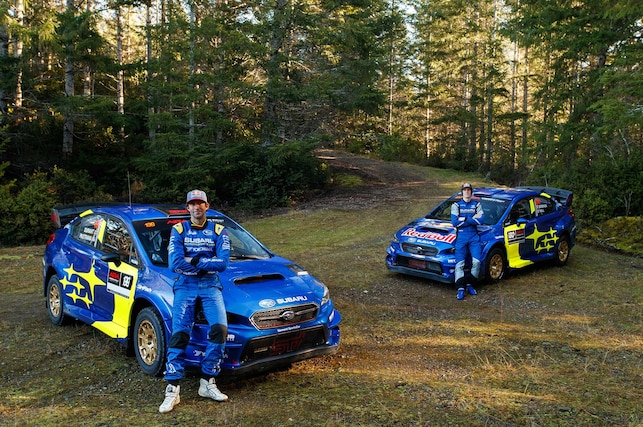 The season unfortunately is already off to a rocky start, for everyone in the American Rally Association - their first event of the year was cancelled due to the COVID-19 outbreak. Rally in the 100 Acre Wood was all set for March 20th to 21st in Missouri until the Coronavirus, and now it looks like the season opener could be round 2, the DirtFish Olympus Rally in Washington, barring any other delays. All hopes are that by then the crises has somewhat abated, at least in our corner of the globe, but only time will tell. In the meantime, check out the cherry photos of Travis Pastrana and Brandon Semenuk's WRX STI that Subaru sent us, and peep the video for some moving images to go with the still ones.

SuperStreetOnline
10 Classic JDM Cars You've Probably Never Heard Of
There are Japanese classics, and then there are these old-school JDM oddballs - educate yourself on some uncommon J-spec machinery.
Alex Nishimoto – Apr 3, 2020

SuperStreetOnline
Street Legal R30 Nissan Skyline Coupe Painted Millennium Jade w/ 300hp Turbocharged 4-Cylinder FJ Engine
It takes an extraordinary type of Nissan buff to import a JDM Skyline, especially one that's not on everyone's wish list, however, one that is just as iconic as the GT-Rs we all hold in such high regard.
Sam Du – Apr 3, 2020

SuperStreetOnline
Friday Night Watch Party: Join NASCAR Driver Corey LaJoie and Stream 'NASCAR ALL IN: Battle for Daytona'!
If you haven’t seen the MotorTrend original streaming series, “NASCAR ALL IN: Battle for Daytona”, and taken a revelatory inside look behind the scenes of professional stock car racing, now is the perfect opportunity. Not only do plenty of us have extra time at home on our hands right now, but on Friday, April 3,
Mac Morrison – Apr 3, 2020

SuperStreetOnline
Paul Walker Turning Hot Laps In His Time Attack BMW E92 M3
In 2010, Walker campaigned an E92 M3 in the Redline Time Attack championship, a series that traveled the US but had a good chunk of their events on the West Coast.
Bob Hernandez – Apr 2, 2020

NASCAR driver Corey LaJoie hosts MotorTrend’s Friday night watch party and answers your questions as we stream the season finale of “NASCAR ALL IN: Battle for Daytona” on YouTube and Facebook.