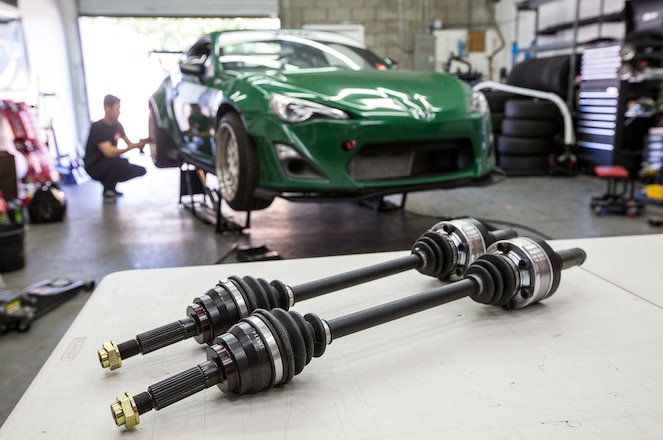 Every car has to figure out a way to send all of that torque to at least one wheel. This happens quite differently on an old Civic hatchback compared to an FR-S, like our Ratchet Bunny. But the axles themselves—and how they break—don't change a whole lot. 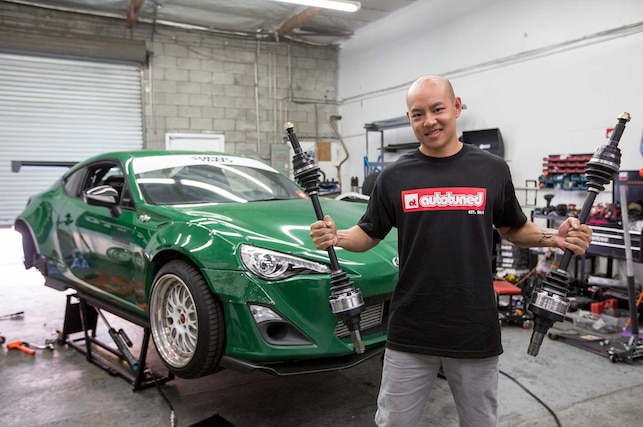 Photo 2/12   |   Our Scion FR-S has been lowered its entire life, not to mention driven hard every time we get behind the wheel. After 20,000 miles, we began to hear clicking noises, which was a telltale sign of the axles/CV joints giving way. OEM replacements would have cost us around $750 from the dealer, so for only a couple hundred bucks more, we opted for Driveshaft Shop's axles. With the help of Young Tea at AutoTuned, we installed the new axles in no time so we could get back to driving like maniacs.

CV JOINTS AND WHY THEY STINK

Those axles link up to your rear differential or transaxle—which never move—and your wheel hubs—which travel up and down as much as your suspension tells them to. Which means those axles have to be able to expand and collapse every time you do important things like turn or mob over a speed bump. A CV (constant velocity) joint at each end of those shafts is what lets all of this happen and is typically the first thing to fail. The FR-S' specialized joints are made up of a gear-like hunk of metal that pivots inside of a steel race by way of a series of hardened metal balls. All of this is carefully stuffed inside a grease-packed and sealed rubber boot that's got enough flexibility to move when you need it to.

Unless you've got some 8-second drag car with knee-high racing slicks, that axle failure won't look all that impressive. Most of the time the damage is contained to that CV joint's rubber boot that just split and lets you know it has by way of a whole lot of clicking sounds that escalate when turning and not some monumental-sounding snap. Send enough torque to those wheels or generate enough grip at the tires, though, and you just may bust up that CV joint's insides altogether, twist that axle, or—worse yet—snap it in two. 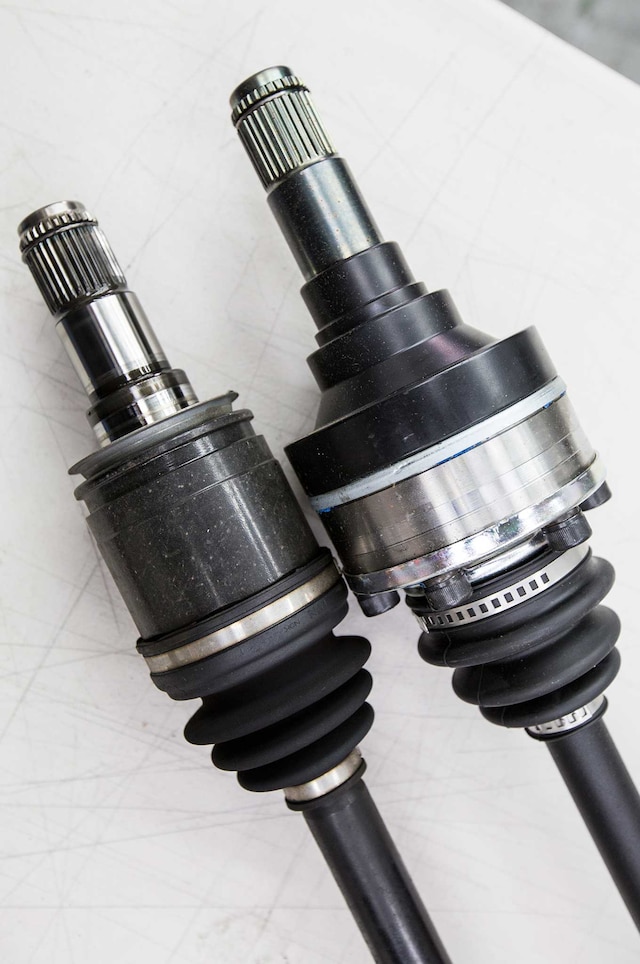 Photo 3/12   |   The outer CV joint typically fails first. When you lower your car, the rear differential stays the same height while the outer joints absorb the added stress. Notice the Driveshaft Shop piece's billet chrome-moly housing compared to the OEM design—we're definitely in better shape with these new axles! 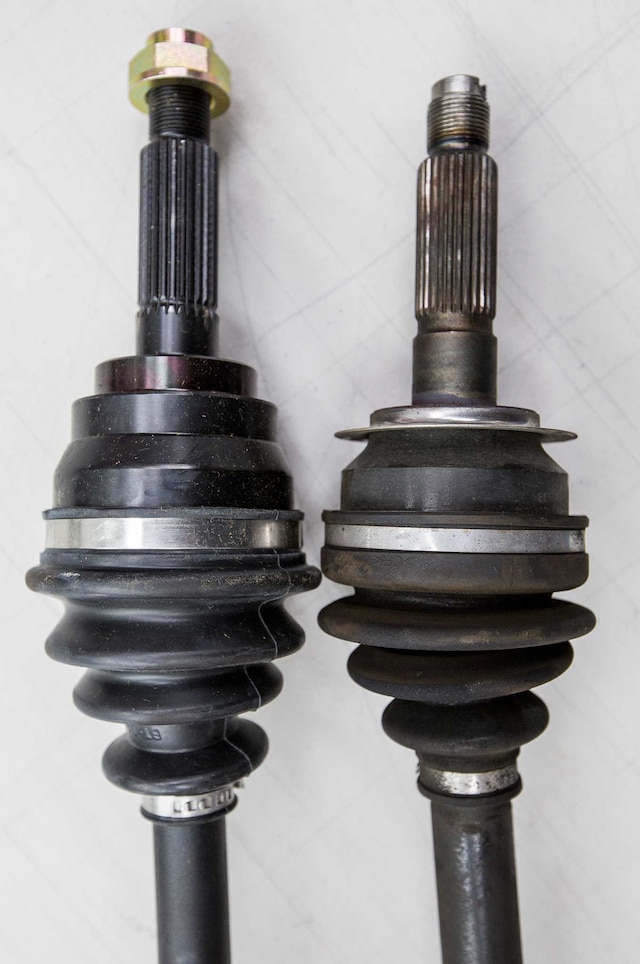 Photo 4/12   |   Inner joints aren't as critical, but Driveshaft Shop uses a slightly meatier design for increased strength all around.

First, be sure the problem's more than just a loose axle nut. You can replace and repack those CV joints for the price of lunch, pop in a set of rebuilt axles for a few more dollars, or just call the people at Driveshaft Shop for something that'll never come apart. As far as our FR-S goes, Driveshaft Shop offers two configurations: its direct-replacement shafts that'll handle as much as 600 hp, and its Pro-Level kit that's good for nearly twice that much. Its 600hp axles are all you'll ever really need, though. The outer joints are made of billet chrome-moly, the shafts themselves are made of 300M—a material so strong you've never even heard of it—and the inner joints are designed from a Porsche to handle the extra punishment. 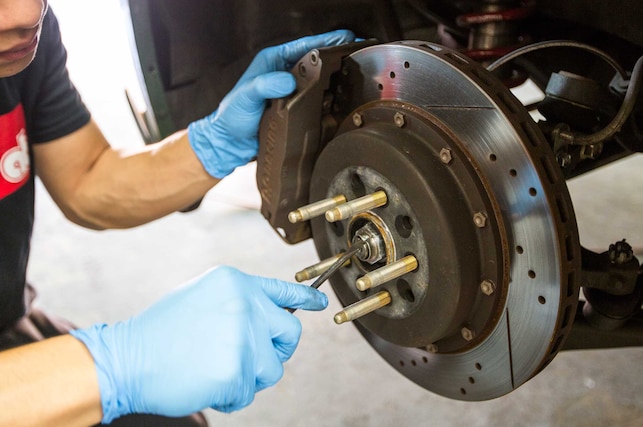 1. Let the brakes cool, pull the wheels off, and get the car up in the air (duh!). Then you're going to pry up the lock where the axle nut is so you don't mess up the threads. 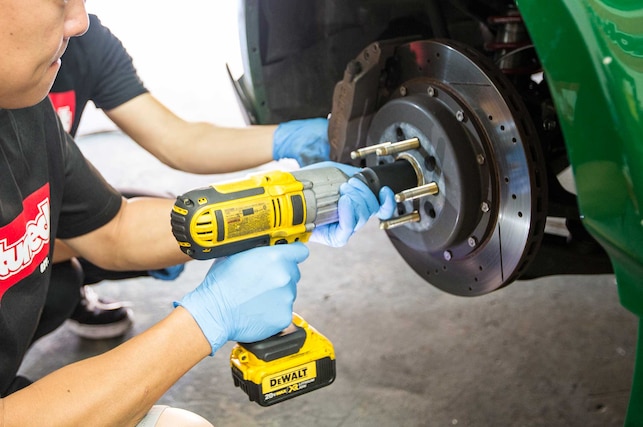 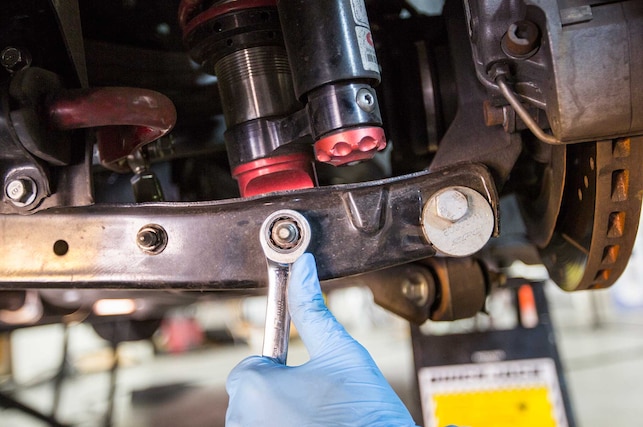 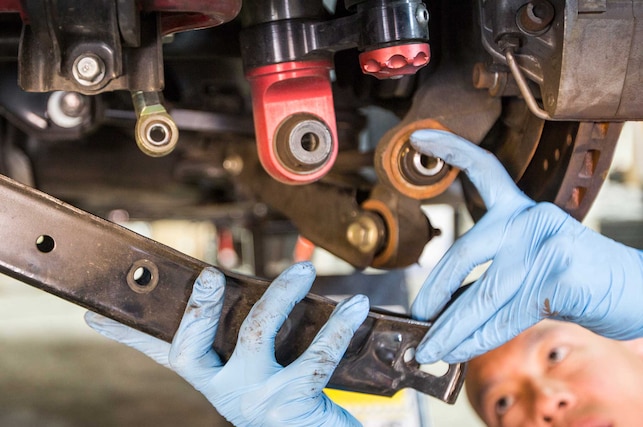 3. Remove the three bolts holding the suspension arm in place (17 mm, 19 mm). Might need some muscle to get 'em loose. 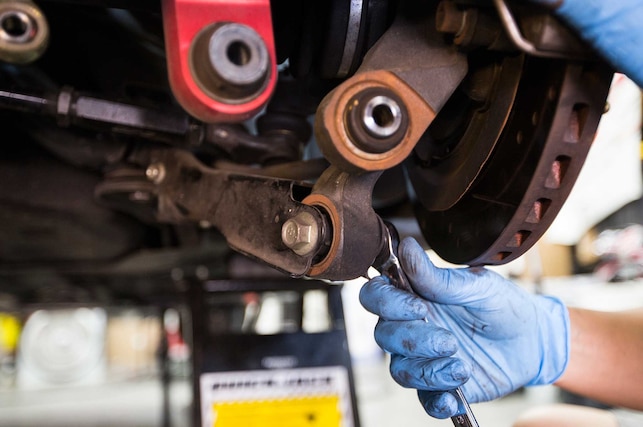 4. While not necessary, AutoTuned recommends undoing trailing arm bolts for easier install. This allows you to move the brake assembly out of the way. 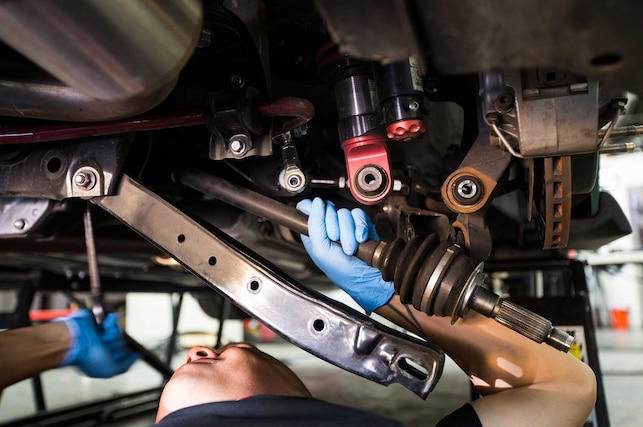 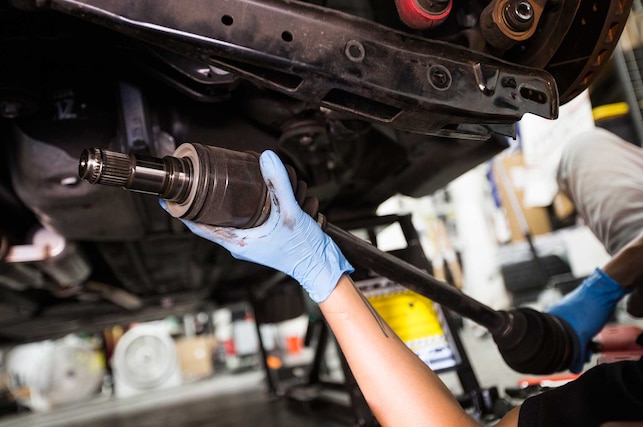 5. The stock axle comes out with some prying and pushing. Once you get a good grip, you can pop it right off. 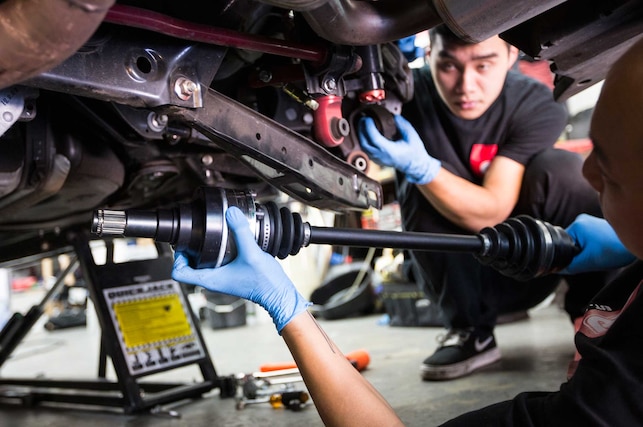 6. Time to install the beefier Driveshaft Shop axles in reverse order. You're provided a new axle nut, and don't forget to torque it to 160 lb-ft when done. Also, an alignment will be needed afterward since you moved the position of the suspension.

SuperStreetOnline
Honda Chassis Code Checklist
For years Honda/Acura owners have been using chassis codes to refer to their cars, but because chassis codes can vary based on a number of factors, there's a good chance that they've been using the wrong labels
Aaron Bonk – Jul 27, 2020

SuperStreetOnline
Eventuri Is The Rolls-Royce Of Performance Intakes, But Do You Need One?
Eventuri has been a favorite among the most elite and highest-performing European sports cars out there. We see if the hype behind them is real using Sam's Supra.
Sam Du – Jul 23, 2020

SuperStreetOnline
Blowoff Valves Explained
A blowoff valve is designed to protect the turbo against damage. They just happen to make a loud sound while doing it! But the noise they make shouldn't be what you're most concerned about
Evan Griffey – Jul 16, 2020

SuperStreetOnline
2020 Toyota Supra Tests Yokohama ADVAN Apex V601
Tires are the most important investment you can make when it comes to your safety and car's performance. There's a lot of factors that go into choosing the right tire, some of which may matter to you more than others
Sam Du – Jul 13, 2020

SuperStreetOnline
Porting Rotary Engines - Port Authority
At its most basic level, porting the intake and exhaust ports on a rotary engine is the same as porting the cylinder head(s) on a piston engine, in that the objective is to improve airflow in and out of the combustion chambers.
David Pratte – Jul 9, 2020

Brian Yeung likes to be ahead of the game. It's this thinking that led to his 2013 Scion FR-S to be the first in the US to wear Varis Kamikaze aero as well as the first to use GReddy's turbo system and ITBs.

Learn what editor Jofel had to do to get his Scion FR-S ready to be a booth car at the 2017 SEMA Show.

Here are 5 cars that were definitely turning heads inside the Central Hall at the 2017 SEMA Show.

Our 2013 Scion FR-S project car, "Ratchet Bunny" is turning 5 years old and to celebrate the occasion we look back at some of our fondest memories with it.

Jofel cools things down a little with his Scion FR-S by installing a new Koyorad aluminum radiator.

We squeeze out an extra 100 horsepower out of a Scion FR-S with some help from Delicious Tuning, and Edelbrock's E-Force Supercharger system.

Our 86 Showdown wasn't just a contest to see who has the fastest FR-S/BRZ, it was also a real-world comparison test between various forced induction methods.

Formula D driver, Ryan Tuerck has raised the bar on crazy swaps to a whole new level with his Toyota GT4586, a Ferrari F136-powered Scion FR-S.